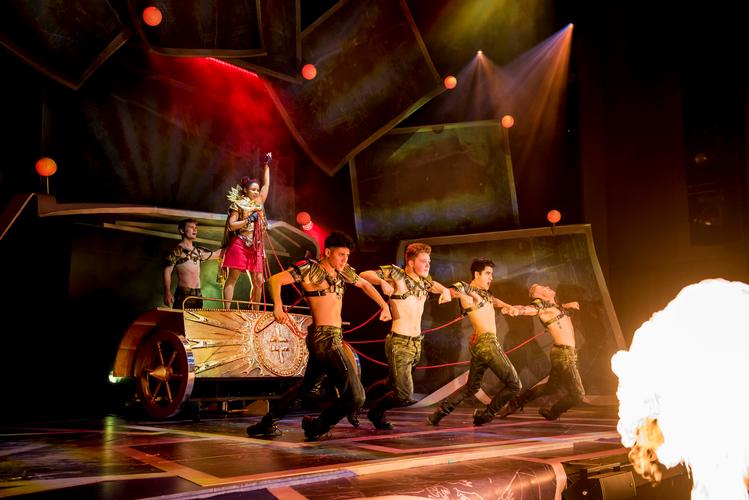 The Band, by Tim Firth, is the newest jukebox musical to take the UK by storm. Jukebox musicals take the songs of a previously known artist or band and turn them into either an autobiographical storyline (like Jersey Boys) or new concepts (like We Will Rock You, or Mamma Mia) – the latter is used in The Band. It interweaves the songs of Take That as the soundtrack to a group of 16 year olds’ lives. It gives the audience a chance to remember a time when our lives felt so simple and we felt so mature (oh how wrong we were!).

It’s a tricky one to give even a brief synopsis to without leaving any spoilers, so in the simplest way possible: The five best friends skip school to go and watch ‘The Band's concert with a dream of meeting them (of course, if you meet the band, they will fall in love with you and want to marry you, right?). 25 years later, and although many things have changed within their lives, their dream of meeting The Band hasn’t left them, and the songs bring back both wonderful and painfully vivid memories of themselves as 16 year old’s.

It's easy to spot yourself and parts of your own personality in one of the five young girls. The geeky one, the boy-obsessed one, the sporty one, etc. A definite shout out to Faye Christall as young Rachel and Rachelle Diedericks as Debbie, who bring such sincerity to their characters and friendship.

It’s lovely to see a group of girls and women who clearly get on well backstage as well as on stage. Audiences are clever, we know when something is fake, and these friendships certainly aren’t. It’s refreshing to see so many fiercely strong women on stage and the older versions of the girls bring you on an emotional rollercoaster (I’m pretty sure I sobbed for the majority of the show).

The boys playing The Band won their roles after competing in the BBC’s ‘Let It Shine’ in 2017. The way their roles are brought into most scenes as the voices inside Rachels head is heartwarming, and it brings real significance to each song they sing. In general, they hold their own during their bigger numbers, but it’s sometimes hard to tell whether they won their roles for their voices or their undeniable mini-Take That looks and boy band qualities.

However, don’t come and watch the show expecting ‘west end’ standard singing. The boys within the band have a boy band sound (perfect for the show) but nothing in comparison to other voices currently in town. The boys in the group who are Musical Theatre trained are easy to spot, with much more resonance and power in their voices. Breathy qualities sound great, but leave me worried for the longer-term health of their sound. It’s the story which is more captivating, and the wobbly vocals can mostly be excused. Take That can write a catchy tune though, can’t they!

All of the design aspects work seamlessly to transport us into different locations and countries, and the clever use of projection aids for simple and minimal transitions of set pieces. The audience, largely made up of Take That’s biggest fans, roared when blinding lights flashed as if to bring us into a concert and one of their hits came on.

Jukebox musicals can be hit or miss - and a lot of the time they’re a big miss - trying somehow to scrape together a rather strange storyline to fit some otherwise good songs. However, the team that created The Band have brought a heartfelt, and totally simple storyline. Bar a couple of songs, which did feel clumsy, it doesn’t feel forced, it doesn’t feel unnatural, it feels like a story that can happen in real life.

The cast and the story have an incredible way of making such small things have so much significance, and you really do go on the journey with them as they grow up.

This show is relatable to anyone who has had a friend, has loved or lost someone they love or has memories of being young.. so basically, anyone who is a human. It will touch you and leave you wanting to rekindle friendships you may not have seen for 25 years.

If The Band teaches you one thing, it’s to live in the moment with your friends, because you never know what could change. Ring old friends, catch up on old memories, laugh at old jokes, live as that 16 year old!

Personal preference maybe, but theatre’s are not the same as concerts, so please refrain from flailing your arms around and belting out the lyrics during the show. Of course, Take That and their songs are brilliant but it is not the time and the place to practice your singing - let the professionals have their go. 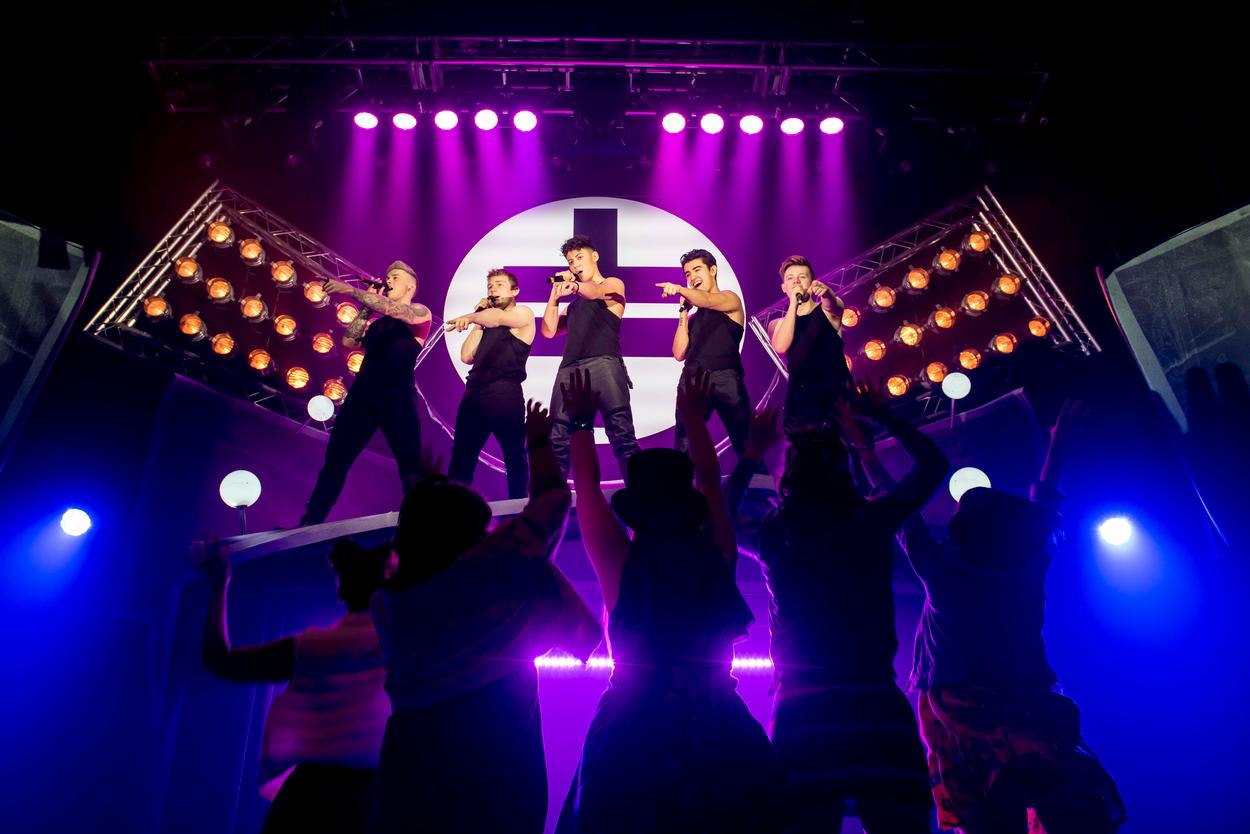 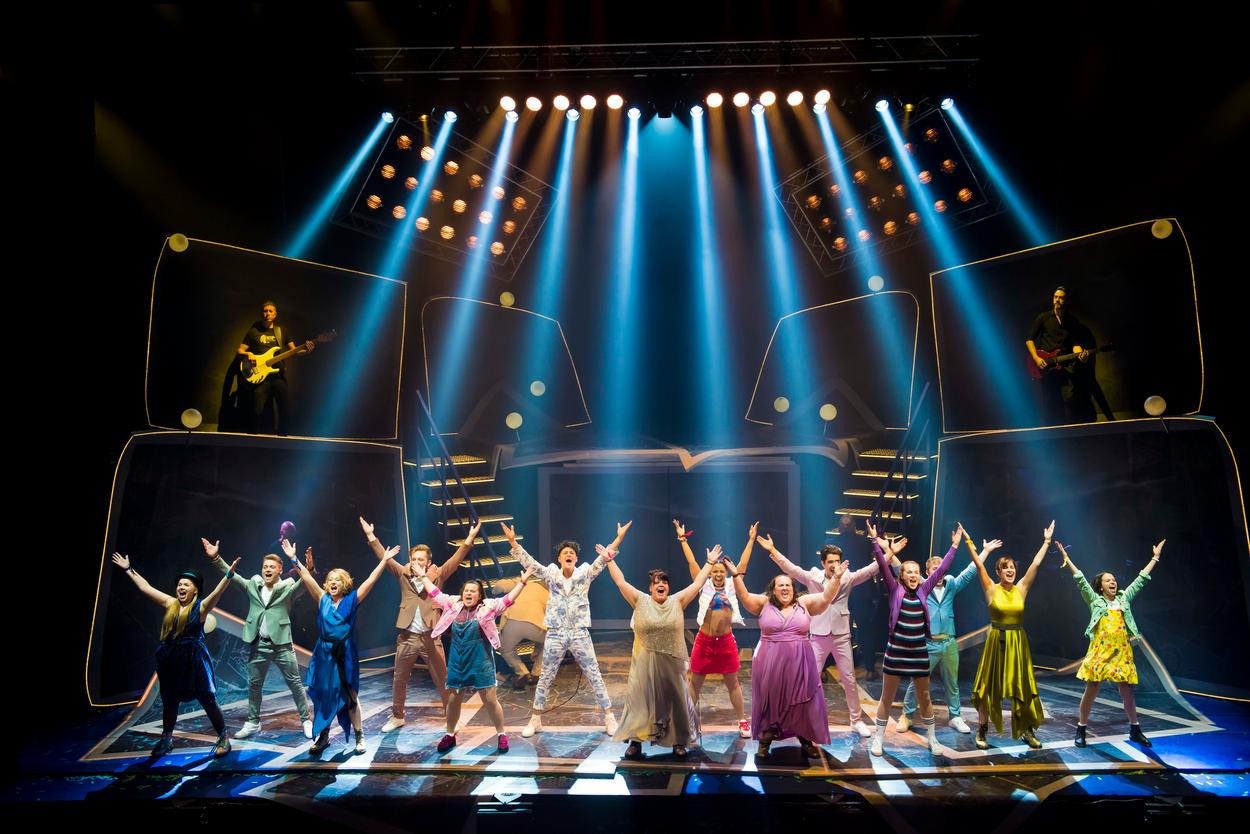