The alternative Europop party of the year! 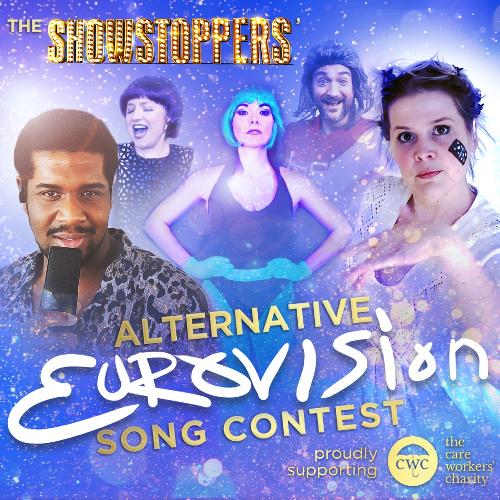 Crazy costumes and strangely catchy songs combined with sometime dramatic backstories, backstage drama and politics between countries can only mean one thing. It’s time for Eurovision. But whilst the grand finale of the international song contest may not be until next weekend, we didn’t have to wait that long for a stagey alternative from Showstopper, back again with their charity fundraising alternative Eurovision Song Contest.

Famed for their improvised musical making skills, the team at Showstopper split up to represent different countries involved in Eurovision, each bringing both their A game and a catchy tune in attempt to take home the winner’s trophy. From Austria to Australia, we were treated to 15 performances along with antics from the backstage green Zoom room in an event hosted by Andrew Pugsley and Pippa Evans and commentated on by Marcus Brigstocke and Rachel Parris.

From Aoifee O’Sullivan’s (Susan Harrison) heartfelt love letter to Ireland, Marti and Marta’s (Jonathan Ainscough and Lucy Trodd) hip hop yodelling, Hej and Kristina’s (Justin Brett and Ali James)  high energy tribute to their love for each other, Melody’s (Six and & Juliet star Grace Mouat) song highlighting the plight of the earth against environmental disaster and  Marco Falatio’s (Adam Meggido) pirate love song blighted by tech issues, there was something for everyone here and many an earworm that got stuck in your head.

Whilst the voting process on the actual Eurovision is long-winded and not very fun to watch, this alternative Eurovision song contest provided a funny and clever vote in which we saw a tongue in cheek take on the politics and personal dramas that often occur, including Sweden voting against Latvia after Hej competed for them last year but for Latvia this year and Montenegro and Greece giving their votes to Germany after the troublemaking prankster Heimlick Maneuver (Matt Cavendish) tricked them both into thinking he loved them in the green Zoom room.

With celebrity judges Russell Kane, London Hughes, Les Dennis and Le Gateau Chocolat joining in with the Eurovision fun, and the audience watching at home able to vote for their favourite act whilst making a donation to the Care Workers fund, this was a great way to raise money and enjoy an evening of chaotic hilarious entertainment at home.

With no entry from the UK, we were instead treated to a performance from the whole Showstopper team with a beautiful heartfelt song all about how we are coming out of the darkest night into the brightest day and how we are going to be alright, just what we needed to hear after recent news.

The Showstoppers Alternative Eurovision! was fun, funny and a wonderful distraction from the dreary news and equally dreary weather and it was much more entertaining than the actual competition.