Theatre, cabaret and drag, in this new show about Marlene Dietrich 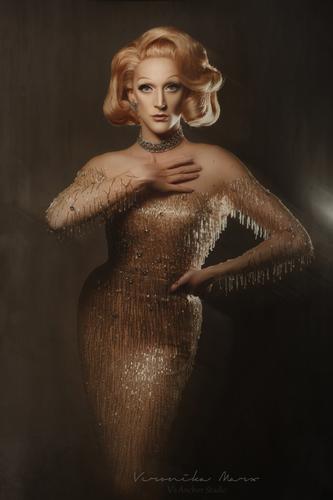 Within few minutes you realise you have come to a Cabaret show by Marlene Dietrich. The stage, the dress, the eyes make you feel you are few decades back in time and you are lucky enough to be in front of the most famous German actress in America before WW2.

The show is very abruptly interrupted by the voice of an interview and it soon becomes an introspection in Merlene’s life, dreams, feeling and illusions.

From Hollywood star, that she secretly hates, to the soldier at the front, that she loves. From America that she loves because her dream there came true, to the Front that she hates because the war has destroyed what once was her beloved home, Berlin.

Peter Groom does a wonderful job in selling the illusion of the illusionist Marlene. Life was too horrible to be lived as it was and so for a few hours a day she would make that life an illusion, or better a dream. Peter’s German accent and make up are a gem.

The lights on stage are a perfect dance with the emotions. The simplicity of the stage is a door into a time-machine.

Dietrich Natural Duty is a one (wo)man show and quite rightly so, as by herself, Marlene managed to sell dreams, many of which have not been seen on screen, but remain in the memories of those soldiers.

The show runs at Wilton’s Music Hall, London, E1 8JB until Saturday 24 November, before New York, Amsterdam and Adelaide as part of a world tour.