The show follows the success of Youtube series ‘Soft Sessions’ 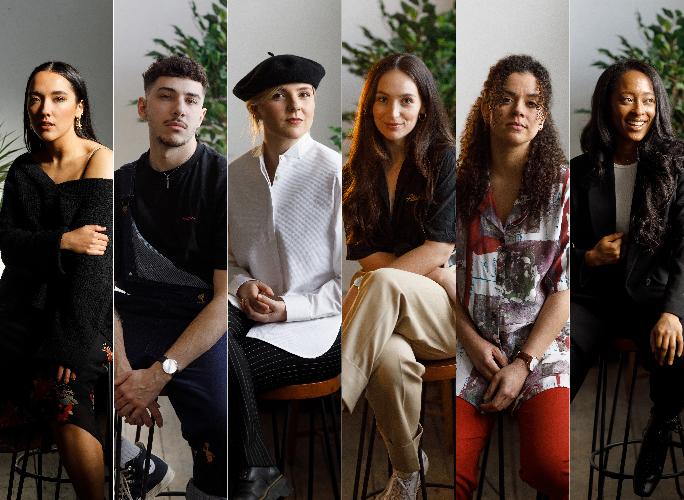 Over the last year, we have seen many online concerts featuring some of our favourite musical theatre stars and many of these concerts have featured the stars performing some of our favourite musical songs. As much as we love this, and as much as the performers probably love singing them, sometimes it is nice to see them step away from showtunes and sing something different.

Following on from a highly successful YouTube series, this special Soft Sessions concert brings together Grace Mouat, Courtney Stapleton, Jake Halsey-Jones, Martha Kirby, Eloise Davies and Danielle Fiamanya, each putting their own personal spin on songs from popular artists that they personally love, from Beyonce to Luther Vandross. Filmed in Woolwich Warehouse by Callum Heinrich, with musical direction and piano accompaniment by Alex Beetschen and guitar by Harrison Wilde, Soft Sessions is an intimate and deeply personal concert that allows us to see these musical theatre performers in a new and different light. The piece, as Heinrich explains, is shot in one take, in order to make the concert feel more like live theatre, something that we are all missing right now.

Through eight musical numbers, we are treated to a banquet of vocal delights, each as perfectly formed as the last. Highlights include Grace Mouat’s beautiful blend of ‘Happy Together/My Funny Valentine’ by The Turtles/Rogers & Hart and Mouat’s duet with Courtney Stapleton’s of Emily King and Sara Bareillis’ ‘Teach You’. Jake Halsey-Jones and Danielle Fiamanya also greatly impress with their interesting twist on Luther Vandross’ ‘Never Too Much’ with Halsey-Jones’ take on Matt Corby’s ‘All Fired Up’ also proving exceptional.

The musical numbers were beautifully linked together by little interviews with the performers which allow the viewer to not only get to know the performers better as they talk about what music means to them, but also add a personal touch to the whole experience of this concert. It is also nice to see the creatives being interviewed as well as the performers, as too often it is too easy to forget the team behind the scenes and all of the incredibly hard work that goes into creating theatre, be that online or in person. Creatives deserve just as much recognition.

To conclude, Soft sessions is a lovely little concert, running at just under 45 minutes, that provides some quality entertainment with flawless vocals throughout, all brilliantly put together.

Soft sessions is available to view from 23rd April to 3rd May at 7.30 pm each evening, with tickets costing £12.50 available here