The Phantom cuts the orchestra - News

The show will be back with a reduced number of musicians 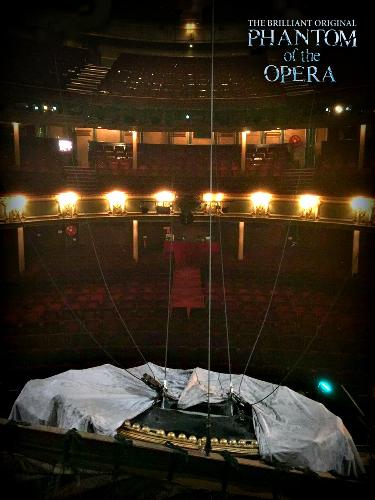 After many months of rumours, The Stage reports that The Phantom of the Opera will be back with an orchestra cut by 50%.

Last summer, the President of Andrew Lloyd Webber’s Really Useful Group Jessica Koravos said that reports that Phantom had closed permanently, based on the article Cameron Mackintosh wrote for the Evening Standard, were wrong, and that the show was only being closed to allow works to be carried out to both the show’s set and the theatre.

But the production returning to the West End will use orchestrations currently used on tour, meaning the orchestra will consist of just 14 players, instead of 27.

The Musicians’ Union has responded to the move, with general secretary Horace Trubridge saying the union was “sad and disappointed” that the band size is being reduced.

In a joint statement, Cameron Mackintosh Ltd and the Really Useful Group confirmed that the new West End production of Phantom will be “using the acclaimed orchestration for 14 musicians that was created for the international productions of the show”.

“These orchestrations are just as thrilling and rich as the original but would not have been possible with the technology available in 1986. The new Phantom orchestra will remain one of the largest in the West End – the orchestration featuring a contemporary line-up of top-flight soloists with modern instrumentation which will give this timeless score the freshness of a new musical to ensure that the music of the night will soar for decades more,” they added.

The show will reopen this summer.