Scaramouche, Can We Do The Fandango? 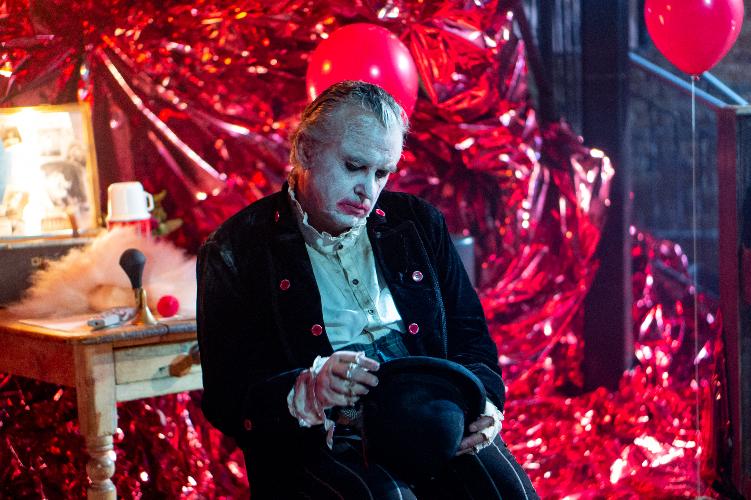 How would you tell your life story if you knew you were going to die tonight?

Shane Richie as Scaramouche Jones tells us how his life has played out; one episode at a time. He was born at the turn of the century and proceeded to show us takes of his life, of historical events through a colourful picture, painted in the form of a monologue. (I do think this added to the heavy load of this piece making it all the more weighty allowing Richie to bring his wide experience and the ability to turn his hand to any role he undertakes).

In typical Richie style, the energy never faded.  He made the piece lively and interesting, I was invested wholly, and the rambling chit-chat had depth and tone so much so that it would have been possible to listen rather than watch (cleverly done as it was actually presented on Radio 4 back in 2001) and kept my interest right until he drew his final breath as the chimes of Big Ben rang out from a flickering TV set.

The ability to be able to soak in the atmosphere of the theatre and smelling the greasepaint would be the only thing that could make this show better; a thoroughly enjoyable way to pass a couple of hours.