Much Ado About Nothing - Review - Katzpace Theatre, London

Shakespeare's Messina moves to the world of a contemporary office 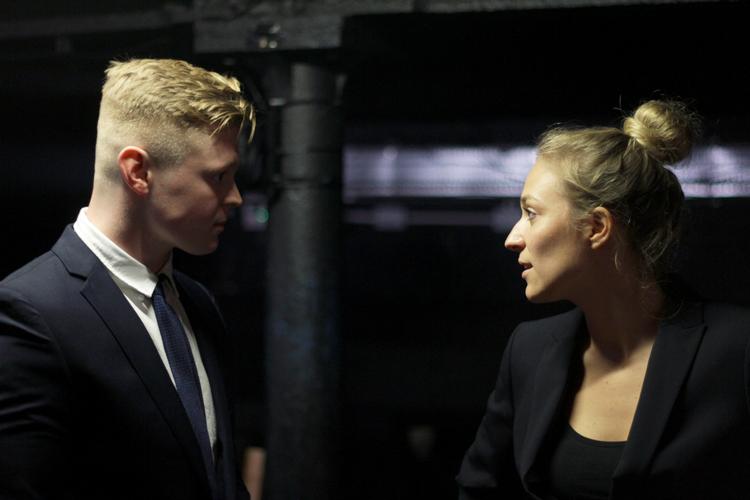 A modern twist the press release said, with 'the setting being moved from Shakespeare's Messina to the world of a contemporary office, combining social comedy with the tensions of a modern workplace environment'. A new revival I was buzzing about, but they should have left it how Shakespeare intended.

Unfortunately, the play at Katzpace Theatre in London Bridge failed to deliver the modernness it had promised, instead being performed on an abysmal set that resembled an office in no way. I only spotted a mobile phone three times, and two of those were in the same scene. There were no computers and only one desk which didn't really look like a desk at all.
You had Claudio (Julian Bailey-Jones) and Hero (Ava Pickett) set to marry. But an evil plot by Don John (Aimee Cassettari) left that in tatters. Then there's a subplot, the press release calls Beatrice (Talia Pick) and Benedick (Gregory Birks) the apparently cynical and detached pair of sparring-partners who bicker hilariously back and forth, disguising their unrealised love for each other behind a facade of lightning-quick banter. I didn't feel this modern day bickering and bantering at all. At first I struggled to figure out who these two even were because all the characters were introduced to us at straight away and some of the personalities came across quite similarly.
While there was some good individual acting, the depth of this play was only achieved because it had the gravitas of Shakespeare. This adaptation lacked the power and emotion I had hoped for especially as I had read the play for A Level English and was open to any kind of a twist to bring it forward to 2018.
This performance failed to deliver the revival it promised.

Much Ado About Nothing will be performed at Katzpace Theatre, London on October 17th& 21st- 24th 2018