See me for myself - Review - Tabard Theatre

Every end can be a beginning 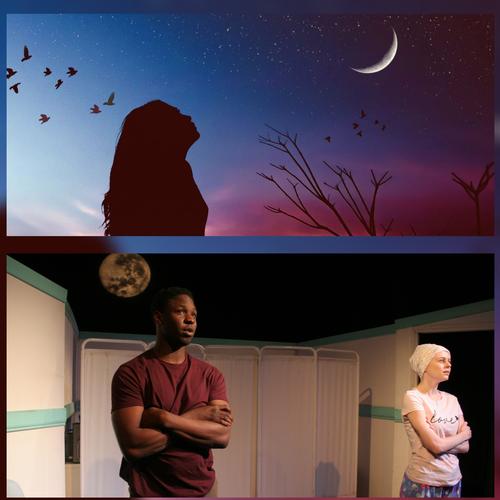 Sometimes, great things can happen in a hospice where two terminally ill teenagers are waiting for their life to come to an end.

This is the message of the play, written by Chris Naylor and Joanna Way, and directed by David Phipps-Davis.

Sally (Alice Cox) is 16 years old and has lung cancer with few months of life. Stephen (Nickcolia King-N’Da) is two years older and – like Sally – doesn’t have much more to live.

Under the care of the compassionate Nurse Sister Jones (Monnica Leighton) they get to know each other. They both come from difficult backgrounds: Stephen has never met his parents, and has gone from foster carer to foster carer; Sally has an abusive father (David Puckridge) and a mother (Lydia Tuckey) who was not able to protect her when Sally was groomed by an older guy who sent some hot photos of Sally around the Internet.

Sally and Stephen find in each other what probably they never found in anyone else: honesty. And the chance to talk to the other without any fears.

I know what you are thinking: a play about dying teenagers is sad. Well, you are wrong. Because there is no space for sadness in the 90 minutes (with an unnecessary interval) of the show. Instead, there is space for laughs, joy, happiness, fun and, most of all love.

Alice and Nick are a pleasure to watch. Their chemistry is undeniable and their characters grow in front of us.  Sally is shy and reserved, while Nick is playful and likes to show off. But by the end of the play, the events will transform both of them in sensitive and caring young adults, despite the age.

See me for myself is a poignant, emotional, important play that shows us that love can win everything. Because every end can be a beginning.

See me for myself is at Tabard Theatre until 27 October