Troubles in Paradise. Or Hell? 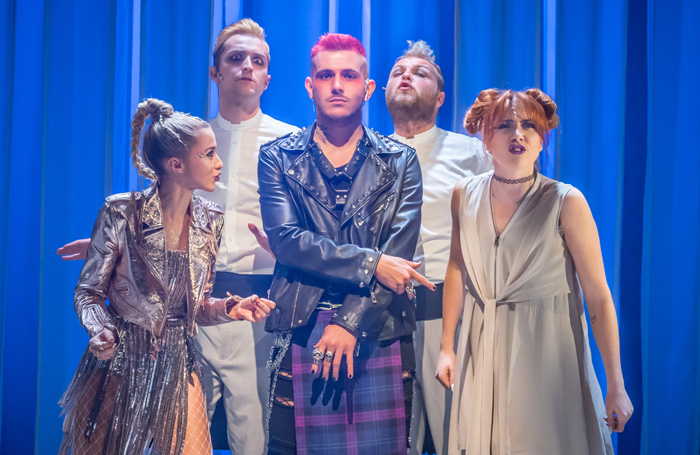 Old myths and ancient tales deserve from time to time a contemporary makeover, they result even more adaptable for their indefiniteness and vague traits. What does it need to be avoided, though, are excessively glamorous revisitations. The vibrant, upbeat score of Mythic pleasantly cheers up these cold evenings in central London, but unfortunately, it doesn’t cover up enough for the rather loose backbone of the musical.

Persephone (Georgie Westall), daughter of the Goddess of Earth Demeter, is trying to escape the protective environment her mother has relegated both of them, far away from the other inhabitants of the Acropolis. Once she managed to reach the divine frenzy parties, a Kardashian Aphrodite (Genevieve McCarthy)  plays a trick on her, making the girl and bad boy Hades (Michael Mather) fall in love with each other. The God of the Dead brings Persephone in the Underworld, where she starts turning the doom and gloom into a more enjoyable place. Demeter, who was thought weak and powerless, in the meantime, overcomes fears and numerous obstacles for her child. And the power of love wins.

The production focuses on the difficulties of family relationships – what is and what is not a good parent – and the proverbial generational conflicts.  But by pushing too much on the stereotypes, the plot becomes a sequence of conventional images and foreseeable twists. The language adopted is probably the most representative of the big issue here: it mimics the funny and informal, with few swearing, without though hitting a definite tone. The luxury and the overindulgent life of the gods could have been more well developed and feel less adolescent-type of romance.

A lot of potential is hidden in the dialogues and the movements of the protagonists, that it feels a real pity for some of the very good musical arrangements and for the intriguing narrative. The costumes and settings are sleek, and memorable are the powerful voices of Danielle Bowen (Demeter) and Tim Oxbrow (Zeus).

The ones to watch are definitely the ensemble members. Quickly changing from candid nymphs to heavy, damned souls, from posh deities to partying animals, back and forth, their coordination and infectious energy make them the real machine pulling the show.

Mythic is at the Charing Cross Theatre until the 24th November. 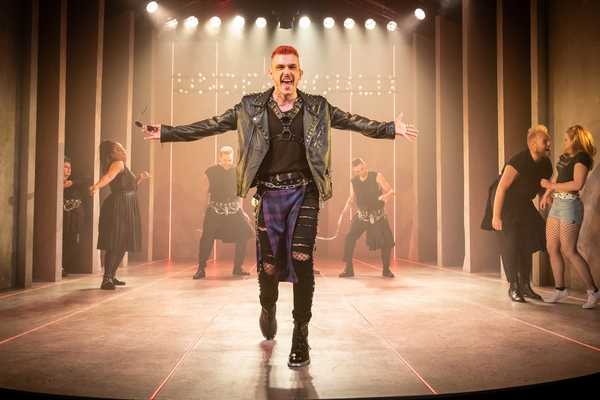 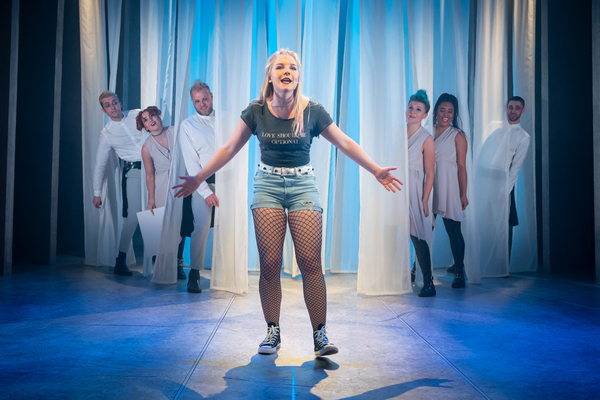