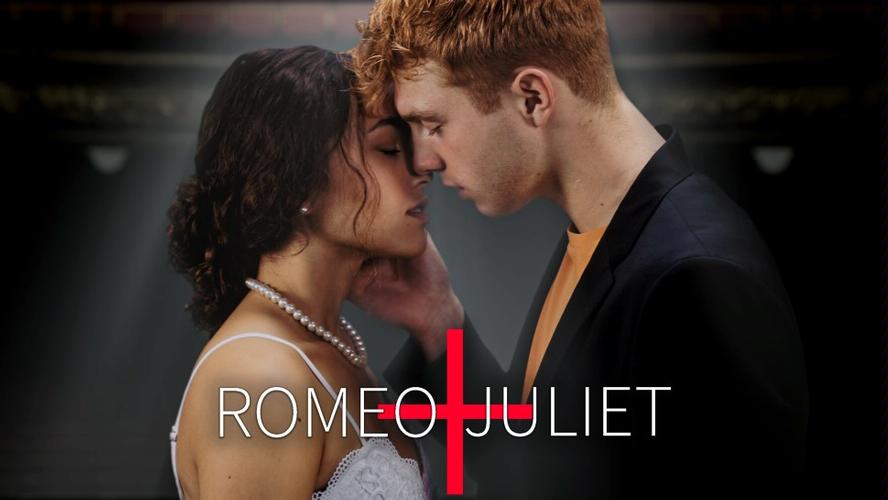 Ahead of the RSC’s virtual reality show, Metcalfe Gordon productions present Romeo & Juliet, but not as you’d imagine it!  Directed by Nick Evans, starring Emily Redpath and Sam Tutty and a whole host of creatives, Shakespeare’s well-known tragedy is manoeuvred into an interesting ‘green screen’ production, reminiscent of one of the early Harry Potter movies, only without magic of any sorts.

It’s an original, contemporary production with fashion and accents to suit. Two households… essentially squatting in West End theatres, is where we lay our scene – we open with some beautiful visual effects and lighting design from Ryan Metcalfe, Elliot Smith and Olly Steel before being taken on a journey across theatreland from stage doors to rooftops.

The power of the Prince played by Jessica Murrain, creates a well-balanced and engaging context as we adjust to the ‘virtual reality’ of the green screen. However, this connection to the truth is quickly lost as Sylvester Akinrolabu’s Tybalt throws his toys out the pram with a frighteningly unhealthy vocal performance. The conflict itself doesn’t seem to work for the medium, as the physical tension of the warring households comes across more like a year 6 disco just before the ‘couples’ dance…

It’s hard to buy into the story mainly due to lack of consistency, whether from an audio or visual perspective. As Sam Dinley’s underscore leads us down the road of a Hollywood Blockbuster, Jonny Labey’s Paris gives us a taste of a downbeat soap; Romeo’s ‘squad’ resemble a desperate beach boys tribute and Redpath bashes every iambic on the head as if it were a game of festive charades. The only consistency lies in the shape of an oversized couch, clearly for the purpose of green screen efficiency but sorely obvious throughout each and every scene with no real purpose - the disappearing knives is my favourite of the many continuity errors!

The storytelling has moments of laughable integrity, Tutty’s pubescent Romeo loses control of his voice breaking in the climax as he questions “Juliet, why art thou so fair” the way you might ask a friend for the time; a perfect performance for The Secret Diary of Adrian Mole 13 ¾ perhaps?

Ultimately, the unique circumstance of isolated filming has resulted in a lot of distanced performances with no connection to the text or one another. The 2 hours and 22 minutes, already cut heavily, make up the slowest and most indulgent performance I have ever witnessed. It’s hard to believe that such a revered script could be butchered in such a way – to even be presented with editing issues such as amateur keying or misaligned eyelines is a genuine shock.

Romeo & Juliet will be available to stream from 13-27 February, with tickets available here