Michael Jackson is alive in the West End 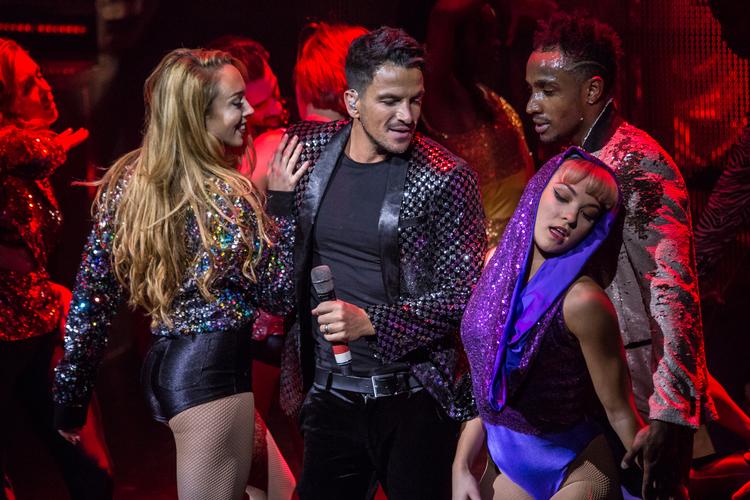 To celebrate this occasion, the glittering Gala Charity Performance in aid of The Prince’s Trust held at the Lyric Theatre was really a special night.

Russell Kane and Jon Culshaw introduced a night to celebrate Michael Jackson’s music with all the hits of Thriller Live with special guest Peter Andre.

Thriller Live first Moonwalked into the Lyric Theatre on Shaftesbury Avenue in January 2009. It holds the record as the longest ever run of a show since the theatre started entertaining the capital in December 1888, and the record as the 6th longest running musical currently playing in the West End.

The show starts with the early days of the Jackson 5 and includes all his major hits, covering the full range of the different styles of songs.

The four lead performers – David Julien, Wayne Anthony-Cole, Vivienne Ekwulugo and Haydon Eshun, all excellent – have an impressive range of vocal abilities and the dancing is phenomenal with a high level intensity performance. Kieran Alleyne, Thriller Live's first young MJ in 2009 and current young MJ Xhanti Mbonzongwana performed 'Billie Jean'. The cast encourages the audience to get involved and the feel good factor is all over the theatre. The set is colourful and stunning.

For Peter Andre, Michael Jackson has been the biggest influence in his career. And, let me tell you, his renditions of “She is out of my life”, “Rock with you”, “I just can’t stop loving you” and “Man in the mirror” were outstanding.

Every time I see Thriller live, I remember how great an artist was Michael Jackson, and how lucky we are to have in the West End such a wonderful show that celebrates his life, his music and his legacy.