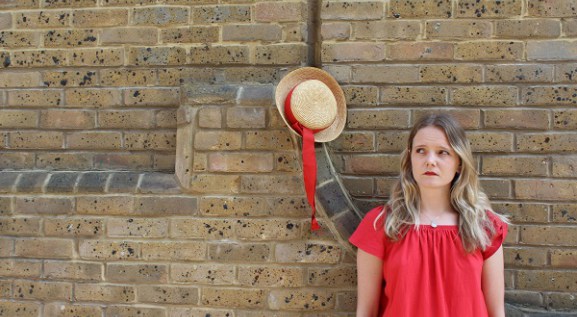 Hatty was a child actor, picked from obscurity and thrust into the limelight when she was aged just 10. As the young star of the film Madeline, she travelled the world and became the toast of Hollywood. She’s now approaching 30, works in advertising and enjoys jogging. She’s also been kicked out of her flat because her housemate is getting married.

The child star takes us on a ride that made me extremely uncomfortable. The truth of the writing being indeed about Hatty as Hatty proved to be the ingredient to make the dish a little too salty for me. No one wants to be around an eager actor who’s just a little bit too keen to please and this is all her character proved to be for me. It was hard to feel anything for Hatty at all since she seemed to enjoy ruining relationships around her just to feel she was worth something as in her hay day as Madeleine. Her acting as well felt a little too over the top and ungrounded.

Alex Reynolds, who plays her best friend had the patience of a saint after walking in and seeing her grinding on her boyfriend played by Will Adolphy in her see through nightie and taking shots at 10am. The need for attention makes a weak story line for me. Will Adolphy’s acting served the story and pushed us to believe this was a real person.

What did strike me as impressive is how close to home this text must be to Hatty and for that bravery I applaud her, but this isn’t an empathy essay this is a review on a story that went nowhere.