The iconic film has come to life on Broadway 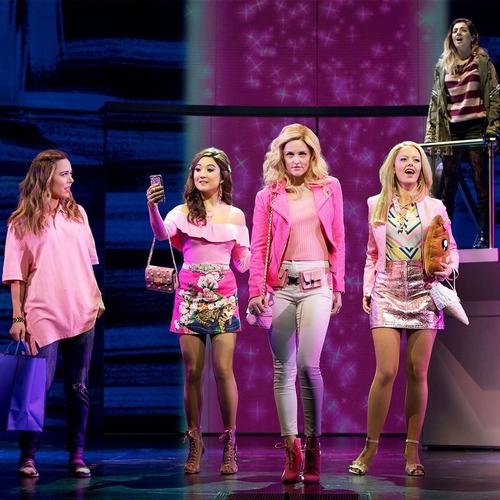 The Mean Girls film is iconic, let’s be honest. It’s one of the only films that is acceptable to quote in public and still, 14 years after the film’s release, it’s a classic.

Cady moves from being home-schooled in Kenya, surrounded by more animals than humans, to Illinois and a ‘real’ high school. She, just like so many others, is desperate to conform and find friends in her new surroundings and she is pleased to be adopted by Damion and Janice, the unlikely mix of a flamboyant George Michael obsessor, and a goth. Meanwhile, the school is ruled by the teen high-school goddesses, Regina George, Gretchen Wieners and Karen Smith (collectively, “The Plastics”). They scout Cady to be their new apprentice, which of course gives Janice, Damion and Cady an opportunity to put the Plastics in their place, to ruin their reign and bring misery upon them!

Whilst trying to ruin their lives, Cady simultaneously falls under their influence. She conforms to their rules, cares more about gossip and is obsessed with who likes her. Meanwhile, she forgets about the original pair that made her feel at home in the jungle that is high-school. It begins with an accidental addition to The Plastics’ ‘Burn Book’ (a scrapbook made to ridicule members of their year) and ends up escalating until Cady is as plastic as Regina and her followers.

The show isn’t exactly the same as the film which is good, I think. It keeps you on your toes. If you want to watch an exact replica of a movie, see Frozen the Musical. But for those of us who are mega fans of Tina Fey’s writing, this musical uses the plot, the iconic quotes and jokes, and the comedic essence, but very much stands on its own two feet.

It’s very rare to watch a show and leave thinking that every voice, both principal and ensemble, holds its own, but Mean Girls did not disappoint. Each voice up on that stage is incredible. The Plastics (Taylor Louderman, Katy Rockwell and Ashley De La Rosa) possess the ability to belt notes that we mortals can only dream of, and Tee Boyich (cover Cady) is a beautiful choice for the role. The fact that she also covers 3 other characters makes her performance even more impressive.

The songs are in general, ok. “Stop”, seems to be a slightly strange, rip off version of, “Turn It Off” from The Book of Mormon, and “Whose House Is This” is an awkwardly rapped tune that doesn’t carry the story. There are times when the musical numbers aren’t so necessary, and times when another song starts and you see people check their watches. Nevertheless, the majority of the time, the songs are serious fun to listen to.

The magic of theatre, however, is that it gives us the opportunity to delve deeper into the feelings of specific characters. The film doesn’t let us see beneath the first layer of each person, especially The Plastics. Gretchen gets her own song towards the beginning, “What’s Wrong With Me?”. Whilst being brilliantly sung by Gretchen’s cover, Ashley De La Rosa, the story behind the lyrics are so relevant to many people in similar situations.

The ensemble is a pleasure to watch. They’re constantly on stage, they all have their individual characteristics that you come to know well during the course of the show. They look like they’re having a blast on stage! It’s an infectious energy and the choreography by Casey Nicholaw is very slick.

The set is simple but very effective. There aren’t any crazy pieces of set flying in from the wings, just the addition of a bed, or desks, for example, which makes transitions much smoother. The graphics on the back screen bring the 2004 film into the current day, the lines from The Burn Book have you laughing before the show even begins, (not that I condone that kind of bullying… of course), and it adds a positively overwhelming blast of colour throughout the show.

Whether you’re after a contemporary, uplifting musical, or have been a fan of the cult film since its original release, you will love Mean Girls on Broadway. Let’s hope the rumours are true and it’ll be strutting over the pond next year!