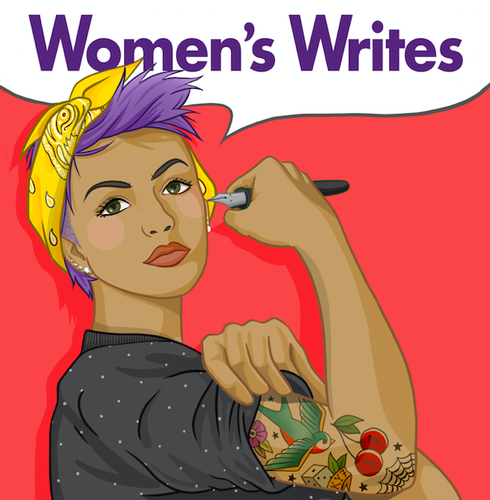 We are witnessing the most progressive times for womxn right now. Every day another case is brought to justice; womxn are standing by other womxn; silenced voices are being heard and representation is growing. But do we have a way to go? Undoubtedly. Women’s Writes Online Festival is another contribution to this movement of progression, bringing 5, 15-minute plays/monologues by womxn writers to our screens, along with an all-female acting cast. Ponders, worries, complexities and peculiarities that womxn face everyday are explored in an intimate sharing that lets audience members peer into motherhood, body confidence, love and objectification. Whether you are watching them and saying to yourself ‘I know exactly how this feels’, or, ‘wow I never thought about it that way’, this piece of theatre is politically and socially imperative for today’s audience.

Of the 5 pieces, Yellow Bricks (written by Rosanne Stewart and performed by Sophie McQuillan), and In Love With Cancer (written by Marylou DiPietro and performed by Hannah Mary Dando) stood out to me for being the most engaging and well written. Though all 5 presented an important point of view, the other 3 piece’s writing form was blunted slightly by the direction or delivery.

Yellow Bricks is the first piece of theatre I have seen that is solely around cat-calling as a concept. This brought me great joy, to confront this patronising and humiliating act for what it is. The script was written beautifully, with lines ‘this skin wasn’t made for me, but them’ and comparing young girls as a ‘conveyer belt’ to men on the street, standing out as particularly emotive. Though the movement at times felt unnecessary, the strong text made this piece authentic and relatable.

In Love With Cancer, by Marylou DiPietro, flipped the narrative of the sexualisation of breasts when being faced with a mastectomy. Overlapping the stigma religion can give womxn’s bodies and objectification, DiPietro’s writing is raw and touching; Dando does every word justice. The tangents of thought perfectly reflect the chaos and troubles of being a breast cancer survivor.

Bride, (by Lily Bevan and performed by Charlotte Randle) explores self-love in its most hyperbolic form with a woman marrying herself. Though the concept seems daft to everyone around her, Charlotte Randle plays Sam, who is humorous and strong in her decisions. It makes me wonder if we should all seek the self-love Sam does to the extent where she doesn’t need to invest in anyone other than herself, even for marriage! At the start it identifies successfully the pressures of women getting married, and having a fairy tale wedding, however, there is a danger to Sam being perceived as crazy as the monologue goes on. Her character seems frantic and at times I question if we should be laughing with her or at her (which I don’t want to do). The ending was also disappointing, as she curls into herself, claiming that she has her attention drawn to a man, which she claims is like having an affair against herself. I would have liked to see a strong ending, the way it started off.

The whole 75 minutes are thoroughly enjoyable and accessible to everyone. The writers, directors, actors, editors and sound designers have presented a really well-rounded production here, I hope to see more online festivals with as much importance as this one again soon.