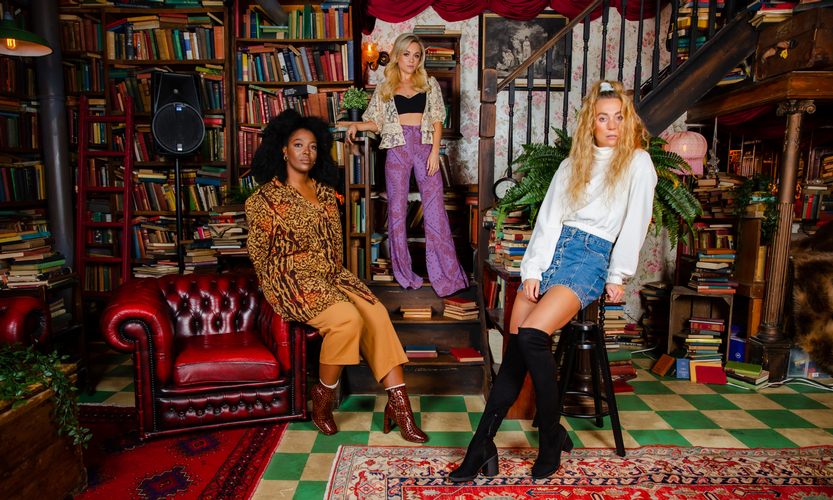 It’s a new year, and whilst we may be stuck at home in yet another lockdown, online theatre streaming site Thespie is already providing the goods and bringing us some stagey treats to enjoy at home. Their Reunited Concert Series has proved extremely popular since launching late last year, and Thespie has hit the ground running in 2021 with new content.

Together again reunites Jodie Steele, Sophie Isaac and T’Shan Williams, who shared the stage in the most recent London production of Heathers, for 50 (ish) minutes of musical fun and chat. The trio manage to squeeze a lot into the relative short running time, discussing how they got into the industry, how they met and stories from their time together on Heathers in between ten performances in a mixture of solos and trios.

There is a wonderful sense of fun in this concert, with it being crystal clear that the trio are thrilled to be together again and enjoying getting to sing again. Steele, Isaac and Williams share the stories that inspired their song choices, with adds a personal feel to the concert and allows viewers to learn more about the three performers. Along with these little anecdotes, some performances also featured a fair deal of choreographing, either planned or improvised.
They may not have had masses of space in the Fiction Studios where this concert was filmed, but they certainly used it well.

In terms of the musical performances, highlights include Jodie Steele’s rendition of ‘The Wizard and I’ from Wicked, a well-known favourite, and her more obscure choice of ‘When I Look at You’ from the Broadway musical The Scarlet Pimpernel, a show which has never reached the West End. A dose of pop hits were mixed in with the showtunes, with the trio bringing the girl power and sass to a performance of Christina Aguilera’s ‘Ain’t No Other Man’ and Sophie Isaac’s beautiful take on Daniel Caesur and H.E.R’s ‘Best Part’.

These Thespie concerts are a great way to celebrate the joy of live theatre, reuniting casts who have been separated due to the shutdown and allowing them to perform together again.
Whilst we remain unable to gather together in theatres, these concerts allow us to get a fix of the stagey goodness we are missing.