A theatrical sitcom raising funds for for theatre charities 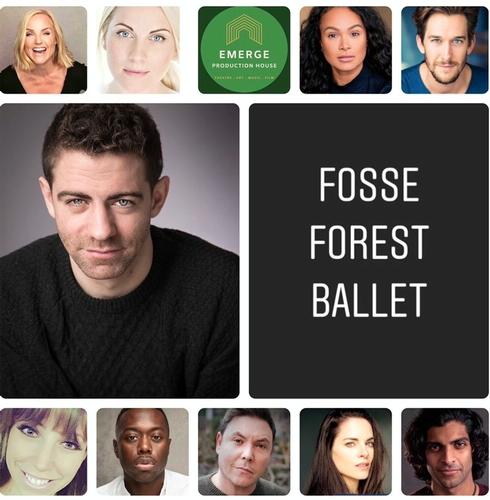 Over the lockdowns, many funny little videos were shared across social media from many different stagey stars, but it was the videos created by Phillip Joel that really caught David Muscat’s attention. His series of sketches based around characters that any theatre geek would know, including an agent who is only in it for the money and the thrill of bossing people around, a casting director drowning in self tapes and drop everything and listen to me type director gave Muscat the idea to create ‘The Fosse Forest Ballet’, a brand-new mockumentary style sitcom.

With Joel playing 7 different characters, including the casting director, choreographer, agent and the producer to name but a few, The Fosse Forest Ballet’ is similar in style to The Office, just a lot stagier. It tells the story of the creative process behind the next big pantomime to hit the West End, looking at casting and auditions in this pilot episode. Narrated by Darren Day, we are introduced to many different characters from the creative team to three performers auditioning for a role in the animal filled tale of star-crossed lovers ‘The Fosse Forest Ballet’, played by Tosh Wanogho-Maud, Zoe Birkett and the show’s writer David Muscat.

This pilot episode also includes a number of cameos from stage favourites including Kerry Ellis, Louise Dearman and Oliver Saville, all passed around Joel’s multiple creative team characters in the long audition process. The script is funny with many jokes that theatre fans and performers would be able to relate too, but it is also able to make you feel something as we see Muscat’s Bob struggle to fit in with his fellow auditionees and keep fighting for a role on the stage. Joel shows off a natural flair for comedy with his portrayal of multiple funny and memorable characters.

Running at around 35 minutes long, you get the impression that this first episode is trying to introduce as many characters as possible whilst trying to lay out a narrative that will continue into future episodes and whilst it is important to introduce main characters and bulk them out early on, I can’t help but feel that these introductions could have been spread out over two episodes with slightly shorter run times. It feels a little bit of an information overload at times, and I feel that spreading out the introductions would have allowed us to get to know the characters a little bit more. We get a really nice moment of getting to know Bob more with his backstory and I would have loved to learn a little bit more about the other auditionees and the backstories of the creative team.

‘The Forest Fosse Ballet’ shows great potential to be developed further into a full series, with a great sense of comedy and many funny relatable characters. Even if you were not a self-proclaimed ‘Theatre geek’, I think that you could still find something funny and all together likable about this new sitcom. The mockumentary style has proven highly successful over the years and suits this idea to a tee. I can only hope that we get to see more of this show, and get to see ‘The Forest Fosse Ballet’ all the way through to opening night.