Oops!... I Streamed It Again - Review 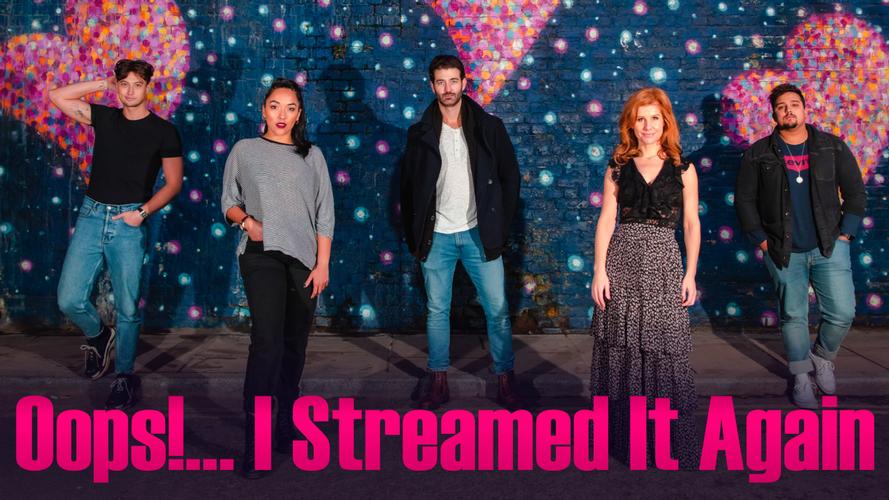 Following on from the release of ‘Unlimited: The Music of Stephen Schwartz’, part one of Thespie’s new Reunited concert series, the theatre streaming service has now released the second installment ‘Oops…I Streamed It Again’, this time reuniting some of the cast of the smash-hit musical &Juliet.

Filmed at the Oval Space, we were treated to performances from Cassidy Janson, Oliver Tompsett, Tim Mahendran, Grace Mouat and Jordan Luke Gage in a mixture of solos and duets. This concert has something for everyone with songs from musicals and Disney interspersed with pop songs throughout. This ensembled cast all showcase powerhouse vocals, truly showing off their ranges as they step away from the songs that we have heard them before in the shows that we know and love.

Gage’s take on Bowie’s ‘Life on Mars’ is incredible, whilst Mahendran impresses with his wonderful rendition of Calum Scott’s ‘Dancing On My Own’. Mouat’s love of Disney takes centre stage with her performance of ‘Journey to the Past’ from Anastasia, Janson’s performance of Oleta Adam’s ‘Get Here’ raises the roof and  Tompsett and Mahendran add a dose of comedy combined with their great vocals in their duet of ‘Can’t Fight This Feeling’. Performances from Hadestown and Wicked also feature in this 40-minute concert.

Away from the music, we are able to get to know the cast a little better as each member talks about their favourite stage roles with mentions of Janson’s time in Beautiful: The Carole King Musical, Mouat’s turn in Six and Gage’s role in Bat Out of Hell. Of course, many talked about their love for their characters in &Juliet which they cannot wait to return to as soon as they are able to.

As cast mates and friends, the group have lovely chemistry and it is clear that they are all enjoying being able to perform together again, albeit at a distance. It’s a wonderful distraction from all that is going on in the world. These are strange times that we are living in, but theatre continues to evolve and innovate, bringing performance into our homes and this concert is another example of the importance and joy of live theatre, there really is nothing else like it.