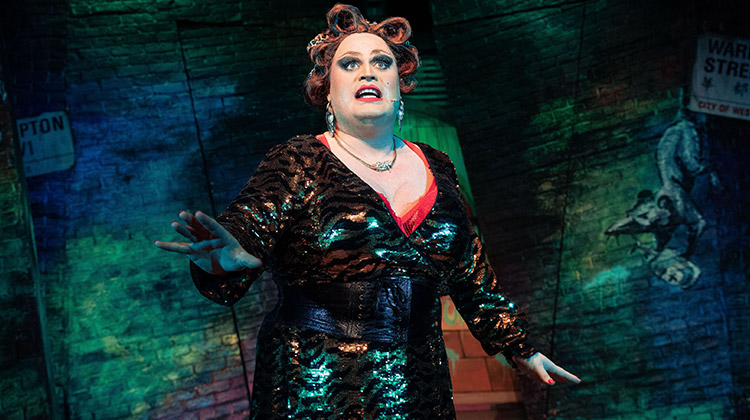 The capital’s theatre scene has (somewhat) burst back into life with many favourite shows making their much-awaited returns but also treating us to some newcomers too. Though in this case word ‘reinvention’ might be more apt, since who can keep up with the countless renditions of the Cinderella story available. But this ‘adult only’ pantomime packs a punch and delivers the jokes.

The story is a tale as old as time, and needs no introduction. However, this Cinderella trots the streets of Soho, running errands for her ugly sisters and dreaming about the ball and the Prince. Sound familiar? Granted, this set up is very similar to the musical Soho Cinders but here’s where the pantomime form comes to rescue. It gives Jodie Prenger and Neil Hurst’s adaptation the kick it requires.

The show is filled with pantomime “standards" such as tongue twisters, covid-safe audience participation, ‘he’s behind you’ gags, fart jokes and the list goes on. And if you’re a musical fan, like I am, you’ll love the reworked musical theatre songs from Hamilton to Pippin. The writers have really gone to town, coming up with topical jokes from politics to Schitt’s Creek, covid regulations to “fanny” jokes. This makes the show feel more like an end of a year review than a play for all seasons. Nothing seems to have slipped by these two, though some jokes feel older than others and the constant repetition of some the gags like the political ones might start to wear thin for some. Still, the jokes hit us at the pace of an avalanche and this 80-minute show won’t let you go until it's over. And that is where compliment must be given to director Lizzy Connolly. Her production is a tight-knit show that is carefully calculated at every turn, brimming with energy and sass, allowing us a few moments for a breather and brings us to the ball with bells blaring.

The cast, following the rule of six and social distancing, are all excellent. It is hard to pinpoint who is the standout, as everyone on the stage is constantly fighting for their chance to steal the show, and they all succeed! Cinderella played by Daisy Wood Davis is delightfully innocent in contrast to her ugly sisters played hilariously in drag by Scott Paige and Oscar Conlon-Morrey. The pair nearly run away with the show, fully embracing the evil and grotesque characters with conviction. Buttons, the little too obvious romantic interest of Cinderella, is played by Rufus Hound, who delivers stand-up-esque monologues with great effect, really engaging the audience. Sean Parkins’ Fairy Godmother and Debbie Kurup’s Prince Charming both in drag add sass and sparkle to proceedings with their funny and fabulous performances.

Cinderella - a socially distanced ball is a laugh-out-loud-riot that will sure bring festive cheer and much-needed ENTERTAINMENT. Though many big shows are returning and opening around the capital, London theatre’s lifeline has always been at the Fringe. This production is the prime example of Fringe’s charm and edge in an intimate setting of the Turbine Theatre. There were many wonderful moments of spontaneity that can only happen in live theatre. When you are mere few feet away from the audience (6 to be exact), the cast cannot hide anything, even the corpsing. Their talent is laid bare to our close scrutiny but it shines with the ease they perform the show, including the perfect ad-libs and made up actions. This is a masterclass on how viable theatre artists are, and how their talent is essential in bringing us all joy.