The immersive phenomenon will celebrate its tenth year in 2021 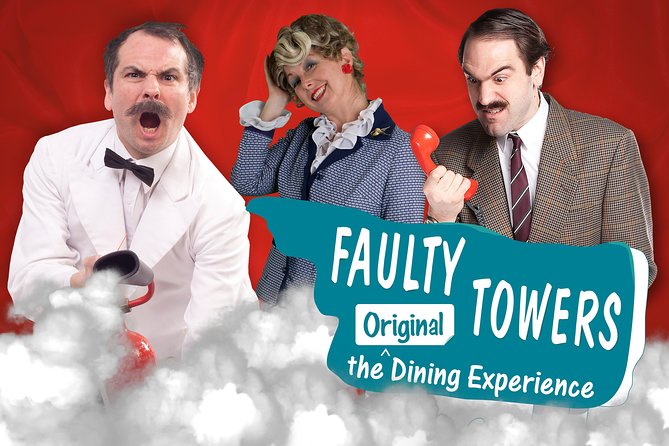 Looking into the window of the Radisson Blu on Bloomsbury St, I had to double-take as I recognised some nostalgic yet ferociously farcical characters careening about a rather fancy-looking restaurant. The elegance of the venue is rather chucklesome juxtaposed to the foolhardy "Faulty" crew. Basil (Dan Wood), Sybil (Katharine Mary) and Manuel (Simon Grujich) were all ready to greet me as I entered and tried their very best to seat me without too much going wrong, in pure Fawlty fashion. The cast’s impersonations are spot on. If I wasn’t such a die-hard fan, it could have been Cleese, Sachs and Scales performing for me.

There is no particular storyline per se, but with 70% of the show being improvised, the audience and your dinner become the show! It seems that artistic director Alison Pollard-Mansergh has really focused on the immersion of the spectator. You really feel as though you have been transported back in time to be just another unfortunate diner at that 70s Torquay hotel for this two-hour romp. As well as some very characterful spontaneity, the show is packed with crowd-pleasing iconic callbacks to the TV series, seamlessly splashing in COVID-friendly material all the while as the actors perform with see-through masks and gloves for safety.

The three-course dinner, served up in some very imaginative ways, was enjoyable but not really the focus when a Spanish waiter is singing at you atop a table or a long-legged hotel manager is checking under your table for rat droppings.

Some of the jokes might feel like a little bit of an anachronism, echoing slapstick from a 45-year-old show on a 22-year-old run and arbitrarily sprinkling in some of the classic moments makes the pay-off feel a little unearned without the original denouement, but you can’t argue too hard with comedy that succeeds nearly half a century. It remains to be seen that “Faulty Towers, the original dining experience” is exactly as one would imagine, a marvellously chaotic mess that will tickle you silly but most importantly, it will get you out of the house!