The smash musical at the Regent's Park Theatre 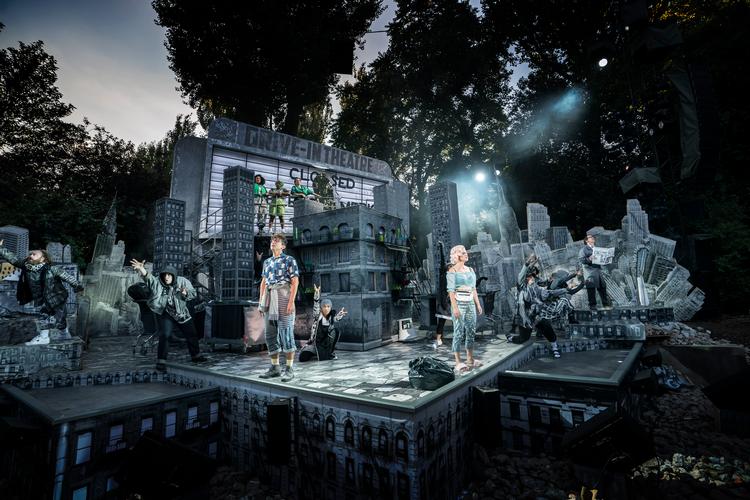 The idea of an Open Air Theatre in England baffles me. With the unpredictability of the weather, performances are not always able to go ahead due to the obvious health and safety of Cast and crew - I simply couldn't grasp why this was a good idea in today's culture. After walking into the theatre and seeing the trees all around me, I felt at ease and immediately knew that I would be in for a treat. After a day of rain and trepidation of whether the performance would be cancelled, we got to our seats and settled in for the evening's entertainment.

The fun stylings of Little Shop of Horrors, with the fantastic music written by Alan Menken, always makes for a great time; this reimagining was something else. The set looked incredible, and worked fantastically for the outside theatre. The first act saw the scene changes done in full light, therefore smooth transitions were essential. The set and its crew achieved this flawlessly.

The vocals of all cast were fantastic, especially those of Chiffon, Ronette and Crystal, (Renee Lamb, Christina Modestou and Seyi Omooba). The songs of the three girls are always a joy to listen to with close part harmonies and flawless 'ad-libs', which were achieved by Lamb, Modestou and Omooba, with ease and stunning effect.

Marc Antolin brought a breath of fresh air to the role of Seymour. Too often in this show, I have seen people almost imitating the original film characterisations, and while Antolin had some very Moranis-esque characteristics, the part was his own and he performed it throughout with conviction. His ability to portray the many sides of Seymour, from the ‘geeky’ awkwardness around Audrey, to the man who wants to take control of his own life, gave the audience a well thought-through character.

Mr Mushnik has always been one of my favourite characters. His frantic nature brings a huge amount of comedy to this already funny show, and Forbes Mason captured his essence perfectly. His comic timing, especially during 'Mushnik and Son', was genius and when he was on stage you couldn't help but watch him.

It was refreshing to see Audrey played without the ‘squeaky’ voice that was prevalent in the film (and 90% of productions that I have seen). Jemima Rooper played the role of Audrey with huge character and shared a great chemistry with Seymour, making you completely root for them and hate Orin Scrivello (DDS) even more. Usually, Somewhere That's Green is one of my least favourite songs in Little Shop of Horrors, but Rooper's performance of this number was totally captivating and actually became one of my favourite moments of the night.

I have always liked Matt Willis from his Busted days and seeing him playing Orin, the sadistic dentist, was great. The part suited his voice perfectly, and his comic timing was great as well. I loved his characterisation of the smaller parts in the second half, and all round, Willis was hilarious.

The revelation of the night however, came in the form of Vicky Vox: making her theatrical debut. The idea of a drag queen playing the part of Audrey II worried me as I am a huge fan of puppetry: this show is renowned for its use of puppetry. My worries were quashed the very second that she set foot on stage and commanded every inch of it. Her stage presence was simply phenomenal, her little added jokes were hilarious, and my goodness, what a voice. I always look forward to watching Audrey II, and with Vox in the role I found myself willing the show to be longer, just so I could see her sassiness continue to command the stage.

The opening of Act 2 was choreographically genius, with the stunning 'telephone' choreography being impressive to watch.

I must add a note commending the Crew and Front of House staff at Regent’s Park. To keep a large audience well informed during an (very) extended interval due to bad weather, whilst keeping them in good spirits added to the experience. Every person that I spoke with was polite and very conscious about informing us of the latest updates at all times. And when the rain eventually stopped, the crew quickly managed to dry off the sodden stage in order to get the performance running again: it was brilliant. Because of this, I would see a production there in a heartbeat. 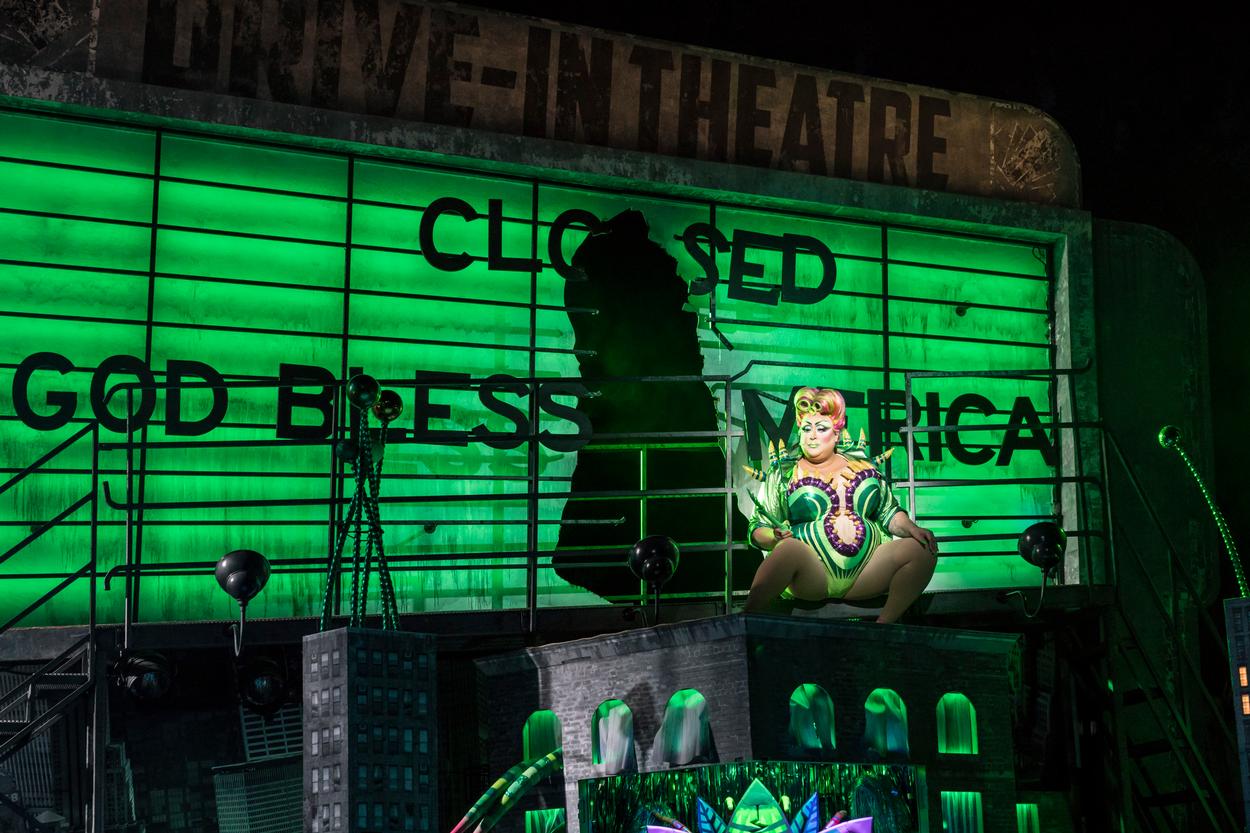