The moving novel set during the Second World War 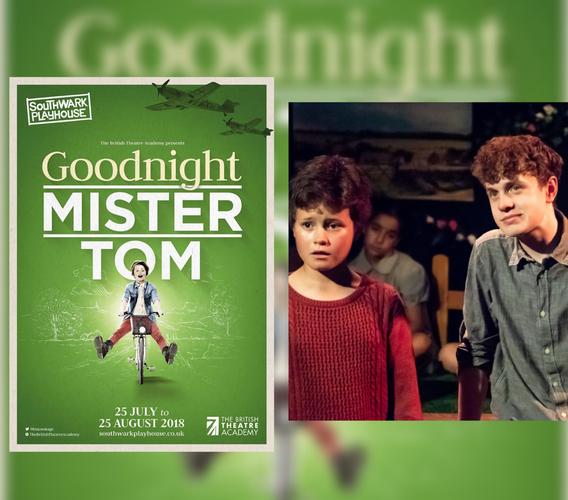 A famous story, unknown to myself, based on a friendship between two broken souls at very different ends of the age scale illustrates what life is all about.

Tom (James Sampson) and William (Evan Huntley-Robertson), both have encounted extreme pain, before they are introduced to each other through the unforgiving World War Two. While William, and Zach (Felix Helpburn) provide the humorous moments of the performance, the undoubted star is James Sampson.

Taking on a character five times his age, Sampson puts on an extremely mature performance. You normally have to use your imagination to believe the characters in youth theatre, but Sampson truly embodies the harsh realities Tom faces in the story.

Sampson is certainly one to watch for over the coming years, although maybe a little fresh and young to make it in the big smoke, I’m sure he has the talent for a career in theatre should that be the path he decides to take.

Goodnight Mr Tom is certainly worth seeing if you enjoy youth theatre. It’s an evening that will leave you laughing, smiling, and surprisingly touched.

(Also, kudos to Southwark Playhouse for using fans to cool down what has to be the warmest theatre in London.)

Goodnight Mr Tom is at Southwark Playhouse until August 25