An old school spy movie set in Syria in 1989 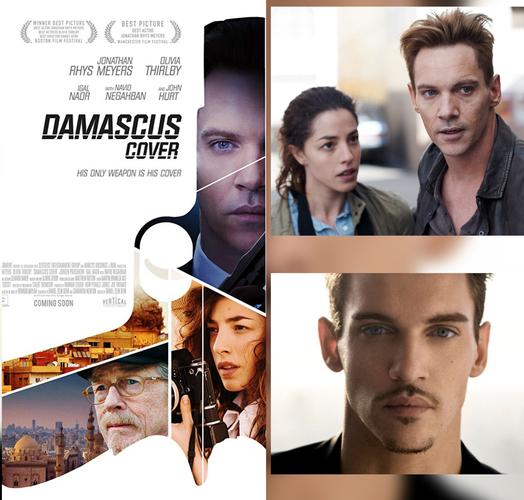 Ari Ben-Sion (Jonathan Rhys Meyers) is an Israeli spy masquerading as a German rug salesman, Hans Hoffman. Reeling from his son's death and the death of an operative coworker he tried to save, he is used in another operation in the Middle East (Damascus, Syria) that isn't what it seems.

In Damascus, he falls for Kim (Olivia Thirlby), a USA Today journalist.

The intriguing movie, from Howard Kaplan’s interesting novel, is set in 1989, in the period of the fall of the Berlin Wall. It has a good pace and it is beautifully shot.

Even if the sophisticated plot is at times hard to follow, and some twists are predictable, Rhys Meyers is convincing as a spy and as a vulnerable man who is battling his own demons and makes the movie very believable. Great performance also from Olivia Thrilby.

If you like old fashioned spy thrillers, or the James Bond/ Bourne series, you will enjoy this one too.

Jonathan, you play a character who pretends to be someone else. Does this relate to you as an actor?

What you have to understand about Intelligence Officers is that they give their life, their entire life and they face incredible traumas. And this is what the movie is about. Not about the glamourness to be a spy but about the reality of what it is, the loneliness about being in the shadow. This people face real consequences: their failures become international crisis. It is about what they go through, like The spy who came in from the cold, that is more about the reality that these people suffer. Ari has lost his child, and when he is back on the field, knowing it is almost a suicidal mission he hopes to get redemption.

I think Ari is more comfortable in danger than in peace.

Now you are a family man. Has this changed your work?

Did you have any strange experience while you were filming?

(Thinks and laughs) We were in the desert, outside Marrakesh and there was a scene where I was helping one of the characters to get away. While I was running towards the car, I slept and fell very hard and cracked my ankle but we carried on filming because we did not want to show something glamorous, but something realistic. It was for me a really beautiful moment although very painful.