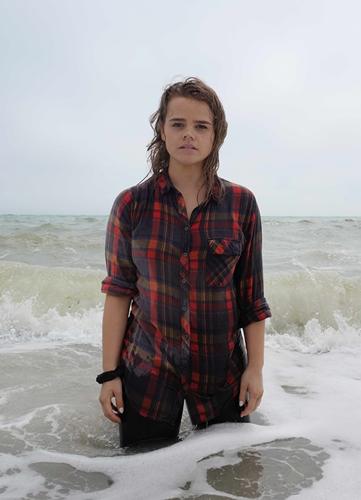 In a quiet seaside town, the newcomer awkard Alfie (Julian Bailey-Jones) meets at the cemetery Wez (Lydia Cherry) sleeping on her older brother Pete’s grave (Dan Ciotkowski). He drowned in the sea six months earlier and his best friend Jamie (Conor Deane) failed to save him. She blames Jamie for her brother’s death and wants to involve Alfie and her best friend Pup (Bebe Barry, who also wrote the play) into her plan to get her revenge on him.

There is a beautiful energy coming from the young cast of Let’s get lost that surely impressed me. The characters are sometimes over the top: Alfie with his weirdness, Wez with her inability to deal with the truth and with her emotions, Pup who struggles with growing up, and Pete. The twist that involves him – similar to another play, Moonflece – is quite implausible. And because I found it improbable, the story lost some interest for me at that point.

Let’s get lost is an enjoyable way to spend the evening, thanks to the passionate cast and witty/funny dialogues that makes it more a comedy than a play about loss, death and growing up.

Definitely is worth keeping an eye on this company, Exploding Whale.