A concert performance for a new musical 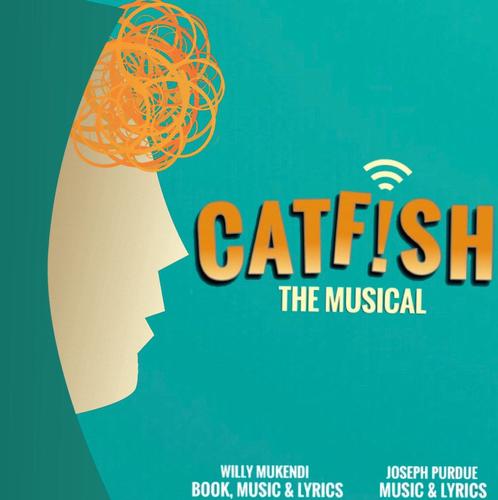 In our contemporary world, where internet culture dominates our every move, ‘Catfish the Musical’- created by Willy Mukendi and Joseph Purdue- serves to explore the impact of being able to build identities online, and the ever-increasing methods of disguising the truths behind them. Following the persuasion of his friends to join an anonymous dating app, Jackson, played by Harry Jackson, finds himself falling for a girl, Jessica (Emily Badger), who mistakes him for being female after a mishap selecting the gender for his profile, leaving him facing the consequences.

Despite the helpful addition of an animation (created by Eggsy) at the start of the stream, it is evident that there are a couple of gaps in the narrative, resulting in a lack of necessary backstory, and deeper meanings in some areas are therefore missed. However, when spoken word is intertwined with the score, which would presumably occur in the full musical version, it is quite possible that this will be eliminated.

With this being the concert version, it was paramount that the lyrics grabbed the audience to counteract the unavailability of set and props. The opening number, ‘Social Media Game’, was ideal for this and incorporated some choreography along the jetty that further added to the enthusiasm of the piece. This was beautifully contrasted with others like ‘Low Battery’, a slower, solo track performed by Georgia Jade as DD. Numerous bouts of (often crude) humour are used throughout, even with an entire song dedicated to such, demonstrating the way that dating has vastly changed through the use of social media. Impressive vocals were displayed all-round, blending nicely to create a soundtrack that, although traditionally theatrical, appears well-established.

While seeming a little disjointed at times, particularly with the interjection of discussion between the creators and some animation, the performance was filmed well with high-quality audio, though the audience interaction was a firm reminder of the live atmosphere that we are all craving to return to.

Left relatively open-ended, ‘Catfish the Musical’ becomes fairly thought-provoking, making us question our own appearances and use of such powerful internet tools that can warp our reality. Being an interesting modern concept, it reflects real issues of young people today surrounding social media, dating, sexuality, and gender. It is evident that this show has a lot of potentials, and it will be intriguing to see how it portrays itself in a complete musical form.