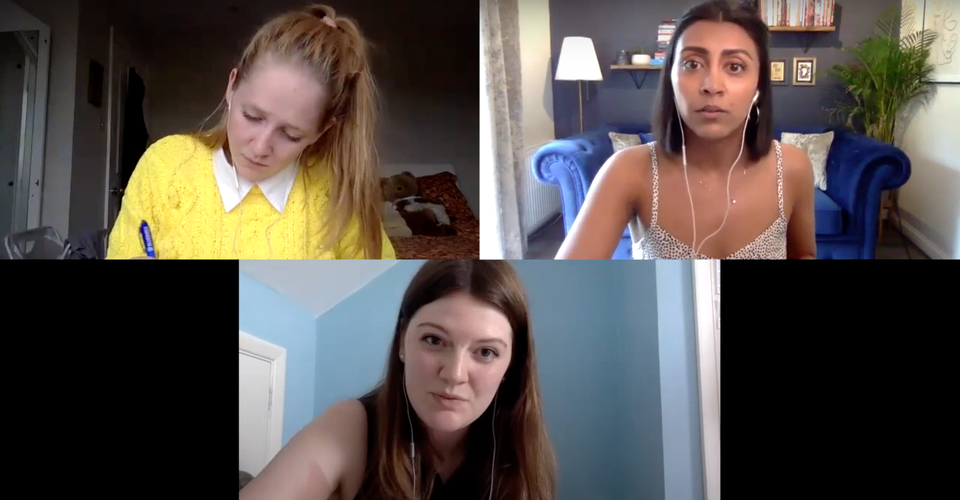 Cuttings is a play written by Ollie George Clark about three publicists dealing with a PR disaster (check our review here). Originally set in the entertainment world, during the coronavirus pandemic the characters of Gracelyn, Ruchi and Danica have been transposed into the real political world. Rather than writing speeches for actors they're now writing for politicians like Boris Johnson, Michael Gove and Dominic Cummings. The series follows their weekly zoom calls where they write speeches, draft apologies, comment on the news and think of ways to promote the government's pandemic response.

The story in the play version of Cuttings is all about writing an apology to save someone's career following a public mistake; about how to manipulate public perception, to not apologise, to include extreme detail, to speak to a fan base and to emote where possible. The comparison to Dominic Cummings speaking in the Rose Garden to justify why he broke lockdown rules was staggering. As such, the series was born.

The first episode was Gracelyn, Ruchi and Danica writing Dominic Cummings apology speech. It was an analytic and comedic dissection of speaking in public; commenting on how each decision made within his statement was a tactical move of chess.

From there, the series has gone on to cover a whole range of topics; U-Turns, Arts support, the three Tier System, Hands Space Face and many more. And with politicians continuing to speak daily, and regularly doses of hypocrisy and idiocy, the videos show no sign of stopping.

You can watch the videos here.