A rave that goes above and beyond the second wave 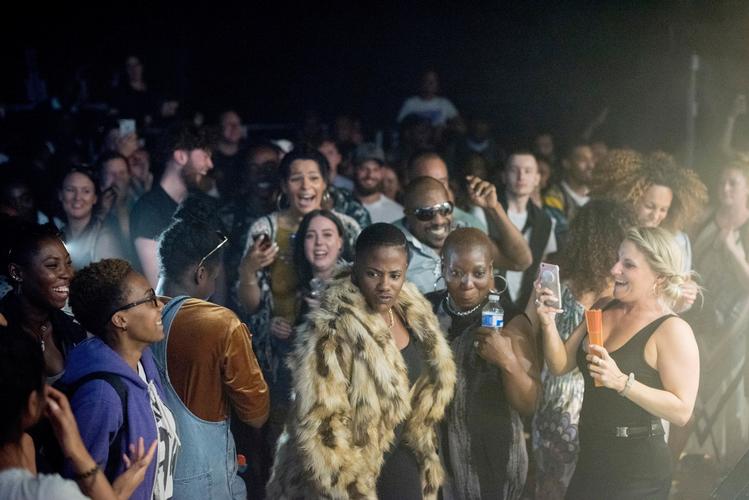 Lil.Miss.Lady is a part rave, part drama exploring the history and music of Britain’s biggest sub-culture: Grime. With live bass-pounding narrative from DJ Kaylee Kay and an opening firework from MC Rat, there isn’t a living room or bedroom this side of the pandemic that could keep up with the electric bars being dropped by the Grime MCs. Starring the celebrated MC Lady Lykez and The Dangerous Mind Crew, the piece is inspired by interviews with influential women in the Grime scene including Lady Stush, Lioness and Queenie. The play navigates the challenges and pressures of being a woman in such a male-dominated industry.

The drama alone, written and directed by Dominic Garfield, is a powerful punch; a livestream repeat of the original production, taking us through the harsh history of gender discrimination. The story follows a young girl who takes to writing rhymes to beats outside her nan’s house when she’s spotted and invited along to rap with MC Blanka and The Dangerous Mind Crew played by: Fahad Shaft, Westerfield Oreoluwa, Ibinkule Shoderu and Michael Mbozo. We follow her journey with the other MCs and how being a woman constantly lets her down in an industry owned by men. The story is an important reminder and call to arms that whatever has come before in history can and will be changed – all it needs is passion, and drive and, in this case, these are the strong qualities of the Grime MCs and DJs.

On either side of this story is a live, blood bumping, energy twisting rave as the MCs sweat behind the mic to create an atmosphere so heated its ready to explode out of the zoom screen and into the living room where the lights are blaring and the bass pounding to the tunes of Craig David, Lethal Bizzle and Skepta just to name a few. The tech team at Highrise keep the experience immersive despite the distance, by encouraging every one’s best dancing and showing off every one's vibes using the spotlight function on zoom sharing your screen. The love and support for each other during this pandemic are so strong during this piece and the energy makes everything seem to disappear for this pocket of Grime and entertainment to wash over you.

The narrative itself has a lot to live up to with the sheer energy and power of live MCs and DJ, which can be clearly seen in the screens as the tech team try to get the audience energized during the footage of a pre-recorded live performance, however when met with the atmosphere of the live performances from the team at HighRise Theatre, it’s impossible to stop your body moving to the rich sounds and bouncing energy of each MC and the beats mixed by DJ Kaylee Kay.

It’s so important to shine a light on forgotten or marginalised voices and that’s exactly what HighRise are doing! HighRise are an innovative theatre collective, using musical influences from the streets to represent forgotten communities and create thought-provoking content and conversation.