Alice in Wonderland - Down the Rabbit Hole! - The Aeronaut Outside Theatre - Review

Fun for the ...Hole family 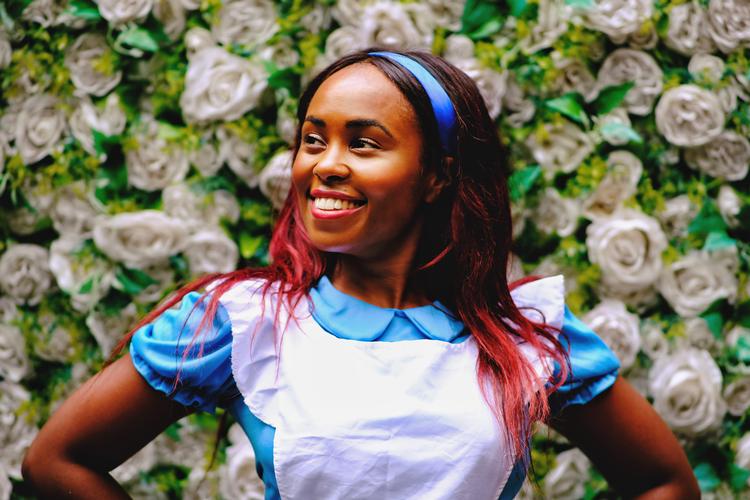 With many a pun and a great energy to keep the kids entertained, ‘Alice in Wonderland – Down the Rabbit Hole!’ is a treat for even the coldest hearted Queen. It is an absolute joy to be taken into the magical world of Wonderland In these uncertain times. The show is a timeless tale as the ‘White Rabbit’ whizzes around with engaging urgency; the ‘Cheshire Cat’ gives a mysterious appearance and ‘Alice’ goes on a journey like no other!

It's no mean feat creating a piece of engaging live theatre with a weekly restriction update and the British weather threatening to thunder as wickedly as the evil ‘Queen of Hearts’ (played by Brooke Havana Bailey)! And yet the Aeronaut theatre is the perfect venue for sparkling some magic dust and unlocking the imaginations of every lucky audience member from 1 to 100!

Tingling with joy and laughter, we are graced with the many dialects of the ‘Mad Hatter’ (played by Ashley Luke Lloyd) committing to a madly marvellous performance with energy enough to make your little ones sleep well at night! ‘The White Rabbit’ (played by Billie Hardy) keeps us on the edge of our seats as we journey down the rabbit hole. A highlight performance comes from the aptly named ‘Tweedle Fab’ (played by Emily Shuck) with the skills to engage even the grumpiest of magpies. And how can we forget the title role of ‘Alice’ (played by Kerry Boyne) leading us through our fantabulous journey!

Jessica Bastick-Vines’ direction creates a truly sparkling piece of live entertainment that has the kids practically climbing over the walls to be a part of the action. Ashley Luke Lloyd’s script has the entire audience laughing and cheering in this tea party to remember.

I couldn’t think of a better way to spend an afternoon with the kids than to ignite their imagination and expose them to the sheer power of live theatre. It’s odd that these performers can give a tirelessly energetic and engaging performance whilst today’s government deem them “unviable”. In the words of the ‘Mad Hatter’ it's entirely “confuddling”.

However, this cast and creative team have endured the difficulties of enabling live theatre and storytelling in the current climate. ‘Alice in Wonderland – Down the Rabbit Hole!’ is a viable tale filled with viable performers working with viable creatives to viably light up the faces of so many kids that will never forget the magic of viable live theatre.

The viable company will be announcing tour dates coming to a theatre near you, sharing the wonderfully viable production of ‘Alice in Wonderland – Down the Rabbit Hole!’ Don’t miss this opportunity to enter another world and let your imagination go wild!