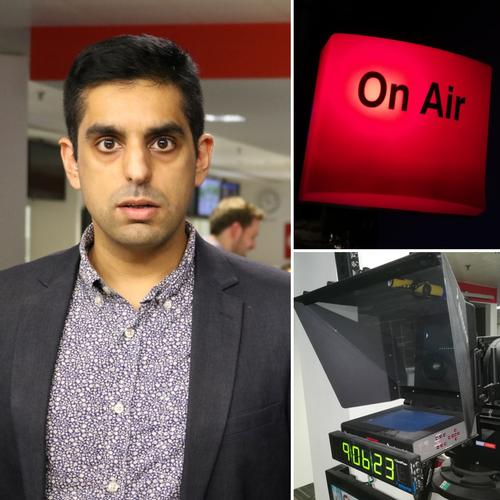 His primary character is The Journalist, the chief marketing officer for the news website Millennial Times, who storms onto the stage at the King's Head in Islington, with an abundance of energy and enthusiasm - a man with his own email history with US president Donald Trump.

This upbeat one-man show sees Baig's character introducing a new intake of wannabe journalists to the world of breaking news, and as a cautionary tale he tells them about the worst day of his life: the day he made a catastrophic mistake that should have ended his career but instead propelled him to stardom and up the hierarchy in the business.

Along the way we’re introduced to two other trainees, his competitors, and his boss, with a clever use of lighting to set the characters apart.

There are several elements that make Fake News stand out from lots of other above-the-pub productions. One is that the laughs keep coming, and the presentation format often makes it feel like a stand-up routine. Another is that it feels authentic, due no doubt to Baig having spent a decade in newsrooms. Finally, not content with merely getting across his big ideas, Baig creates a satisfying story arc in which to house them.

All of the above would make it a surprise if this two-night show is not picked up for a longer run somewhere else. If it is, be sure not to miss it.