An unopened letter, a box of props, and a set of instructions 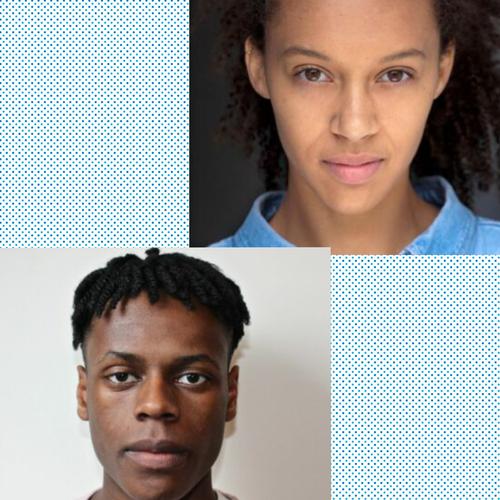 Performed over Zoom, as most of our social and professional activities are nowadays, Letters explores the interaction and nostalgia between 2 actors during lockdown. The actors read out one another’s letters that they wrote over 4 months ago, as well as interpreting a box of props sent by Gate Theatre to perform with during the show. Intermittently they read out segments of the letters and explored the box of props playfully to music. This wasn’t the most entertaining or didactic piece, but none the less, in these times I think a short, heart-warming performance is perfectly valid and necessary.

The concept of documenting the lockdown period to inspire performances seemed inevitable at a time when everyone was at home, which was at the heart of Letters (Co-Directed by Nina Bowers, Yasmin Hafesji, Hannah Ringham, Moi Tran and Gate Artistic Director Ellen McDougall), but this isn’t to say that the idea is predictable. The spontaneity of a different instruction or segment read out every 5 minutes kept the piece just about paced. The jovial tasks of dressing up; drawing one another and dancing are up-lifting to watch, though, the intention of these things is never clear or linked to the letters written. However, I do believe that theatre does not always need a deeply political motivation to be important.

Francesca Henry and Kwame Owusu’s presence was very enjoyable, as their personalities surpassed the screen. Though they were not acting per se, apart from perhaps performing a bigger version of themselves, their energy definitely showed their potential for castings, and I hope to see them in roles that have more commitment and depth to show off their potential. Though it could be criticised as poor planning, Owusu’s stumbling over Henry’s handwriting in the letter gave the piece authenticity and an intimate moment. You can see clearly that the actors are taken back in time when hearing their own writing, and reflecting on their open and honest thoughts back in May. This exchange was the most powerful and enjoyable to watch as an audience member, as we too think about the blur and chaos of the last few months and realise, we all had similar emotions.

With differing actors from performance to performance, Letters keeps on giving. This show marks a once in a lifetime event, in a light-hearted, but intimate way. Though there are gaps that could be filled with more purpose and complexity, this is a show to support in a time of uncertainty for theatre, and a show to unwind your day to.