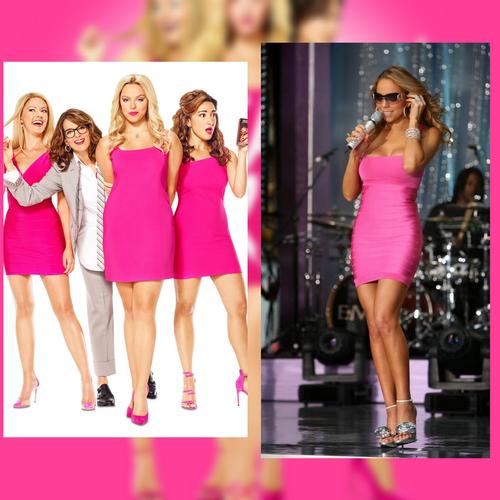 Mariah Carey wants to be in the new Mean Girls musical movie.

In January, producers of the musical Mean Girls (which is based on the iconic 2004 movie of the same name) announced the musical version of the story will be getting the on-screen treatment.

Mariah is a huge fan of Mean Girls. Recently, Tina Fey and Mariah Carey made a Mean Girls video to test Carey's superfan status, and Fey wound up offering Carey a part in the upcoming Mean Girls movie.

"We're gonna make another movie of it, so if you want to license us that song for the movie and also be in the movie, just say nothing now and we'll consider it legally binding," joked Fey, who is producing and writing the script for the forthcoming movie-musical version of the original movie (yes, it's confusing). "Just laugh and it'll be legally binding." "I definitely want to be in it as well!", answered the Grammy-winner superstar.