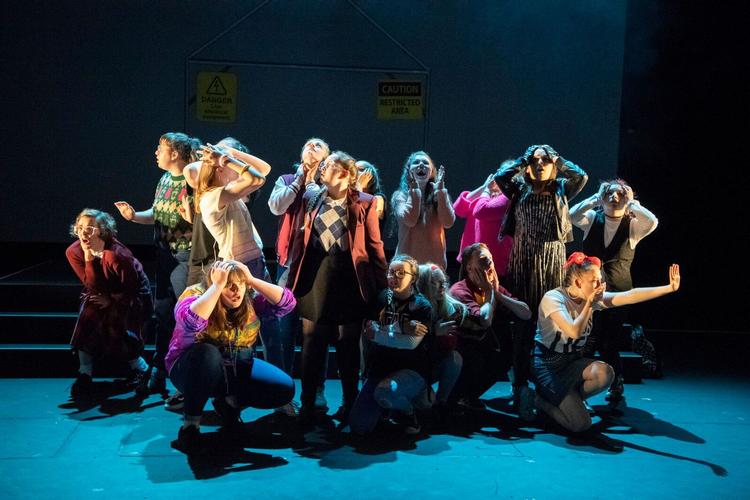 Brad Birch's science-fiction mimics the 80s nostalgia that made Netflix's Stranger Things so successful. Collision, a youth company based in Central Scotland, had no intention of hiding this similarity - the piece opened with the television programme's theme tune. In short, if you love Stranger Things and 80s classics such as E.T and The Goonies, this is a play for you.

Unfortunately, the dialogue was somewhat cliche. However, the benefit of the doubt has to be issued because this may-well have been Birch's intention in order to parody the paradigm of 80s nostalgia. The performances were generally respectable, however lines were often lost through lack of effective diction - without captions, I could have easily been lost at points. The indisputable show-stealers were the geeky fourth-wall breaking junior duo. The youngest members of the sizeable cast performed witty dialogue with a youthful exuberance that one can't help but enjoy.

In conclusion, Brad Birch's adventure capitalises on the recent success of 80s nostalgia in film and Collision display this with a playful, albeit occasionally inarticulate, sparkle.