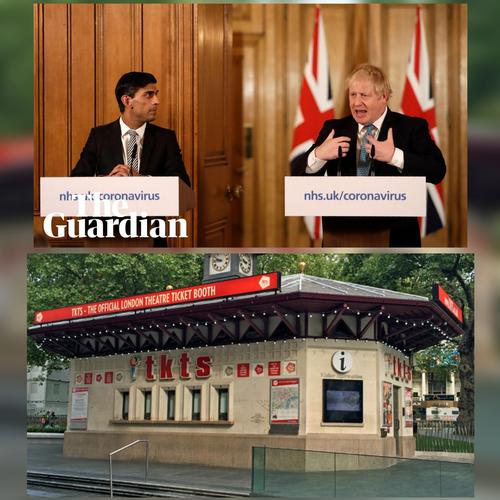 Chancellor Rishi Sunak is resisting calls to extend the furlough scheme with targeted measures despite warning that the UK is at risk of a catastrophic jobs crisis when it ends, saying the support cannot go on “indefinitely”

The chancellor has been urged to use targeted measures to stave off mass unemployment, with opposition parties calling for the government to extend the programme for the hardest-hit sectors and places forced into local lockdowns.

In the meantime, TKTS, the tickets agency, has confirmed the closure – as announced a few weeks ago.