Fringe Theatre: Why The Show Must Go On? - News

In a world where the show must go on, what happens when there is no show? 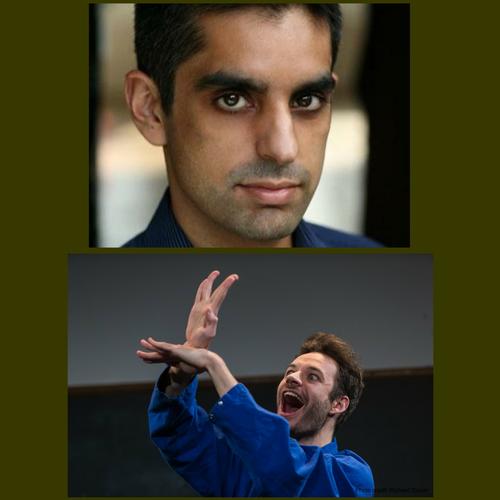 We all know the adage: the show must go on. As an actor, that’s how it’s always been: whether you’re rushing on stage early after one of your (well esteemed) co-stars accidentally skips about ten pages of dialogue; or whether a small but conspicuous disaster involving props forces the Stage Manager to briefly halt the show (in my case it was a box of chicken nuggets that somehow exploded and rained down on parts of an unamused audience).

But in a world where the show must go on, what happens when there is no show?

That is the grim, blanket situation theatres across the planet have been finding themselves in. And while major players like Andrew Lloyd Webber have been in close communication with the government about when they might be able to stage even socially-distanced performances, in the meantime, you could excuse the grassroots world of Fringe & Off-West End for feeling a little ‘put out to pasture’.

As someone who’s worked the Edinburgh circuit & produced his own work here in London with my show Fake News last year, I know full well that, even at the peak of its commercial potential, Fringe is not a route you take if you’re eyeing the big bucks. Add to that a once-in-a-lifetime event like a pandemic, and you’re hardly going to assuage the challenges of what was already a brutally competitive & financially grueling workspace.

There was another unexpected hurdle the pandemic would throw my way too: the way it seemed to nix all sense of artistic inspiration. Despite clarion calls from well-wishers to channel the collective woes of 2020 into some hitherto untold opus, in a career-first, I seemed to have zero desire to write, perform, or even think about participating in the creative process. Even as a proud procrastinator, for the first time ever, theatre did not feature in my dreams.

So how were others finding the energy and inspiration to improvise, adapt and overcome?

Madonna, unfortunately, still hasn’t seen my DMs, but I was able to get hold of Kasper, who’s now in New York - and discovered he is adapting to the challenges of the pandemic with a vigor and virtuosity that did not surprise me, given the inventiveness of his show: which indeed combined puppetry, soundscapes and even printed text as part of its hugely original multimedia presentation.

I was keen to ask him: for all the multifarious challenges Fringe theatre is facing right now… why did he feel it so important to strive onwards regardless?

And honestly, I was stunned by the depth and candor of his response.

“This pandemic has forced us to look inwards and look at ourselves more closely. Making art, for me, is a chance to examine ourselves, and our history, more closely, and by doing so, I take a closer look at myself as an individual. Everyday, I realise how much is out there that I don’t know. I feel like everyday, I am unaware of things a little bit less. Making art is a chance to be myself and use my quirks, flaws and skills to my advantage. I never seek to resolve or give the answer, but rather explore what’s there, to wonder about an alternative viewpoint on it.”

Kasper’s Eve & Adam series has been performed at Edinburgh’s prestigious Summerhall venue and also in New York, where it was presented by the Obie-award winning off-Broadway Rattlestick Playwrights Theater and New York Theatre Salon.

I asked him if he felt the city itself had lifted or inspired him, even amid the Covid-19 pandemic - and was again impressed by the acuity with which he delivered his response.

“The nature of my work and themes I explore have brought me to New York in an evident way. My work deals with human senses, or the forbidden senses, and the human reflection that ensues from it: the definition of gender, definition of self. What relationship do we have with our senses and what sexual torture has ensued from it?

“The relationship we have with the anatomy of our body is very present in the current debate in New York. How we are being defined by our sex, how an identity is imposed on some through their sex.

“Because my work explores the definition of self, well-being and freedom, as well as the violation of human rights, New York is the place I need to be right now, especially in the current climate.”

His words left me feeling energised: owing, perhaps, to the way he wasn’t allowing concerns over the presentation of a finished product to infiltrate his way of thinking. He, the artist, simply wanted to act as a living vessel for the currents and changes surging and heaving about him at any given moment.

And that acumen seemed to translate on a technical level too, when I asked him about the challenges of performing via Zoom, as opposed to a live audience.

“It’s more egalitarian in the sense that you can access this from anywhere in the world. You don’t need to leave the house.”

And there are fringe benefits too. “Usually an artist, or PR/producer, might set aside a considerable chunk of time to invite certain industry professionals with personalised invites, tailored to the city we’re performing in. Here, it was possible to invite people from Paris, Amsterdam, London, Edinburgh, Berlin, Beijing… Time consuming, but special. The globe was at our fingertips.”

It was a side to the lockdown I simply had not considered.

And while enormous challenges still face this industry at a Fringe-level – both in London and New York and elsewhere – speaking to Kasper made me realise that theatre does not exist because the world can afford to accommodate it… theatre exists because it accommodates the world  – whatever the circumstances that world, or indeed theatre, may find itself in.

In other words… even without a show, per se… “the show must go on” - and will always continue to do so.