What is happening to theatres around the world?

The Coronavirus has impacted enormously the theatre industry, all over the world.

In the UK, theatres were highlighted as one of the “higher-risk” businesses in the Government’s plan. After warning last week that they may not reopen until 2021, culture secretary Oliver Dowden has then promised in the House of Commons an imminent detail on roadmap timings, as he says he wants arts organisations to open their doors “as rapidly as possible”.

Culture minister Caroline Dinenage said on Friday that the Government is planning to allow indoor theatres to reopen with social distancing measures in place “very soon.”

In the meanwhile, Andrew Lloyd Webber is using the London Palladium to trial safety measures to demonstrate that shows can reopen.

Across Europe, lockdown measures are being lifted cautiously, in phases, and theatres try to find ways to restart performances.

In Spain, theatres can reopen with capacity restrictions. On the day of the reopening, the Gran Teatre del Liceu filled its space with an audience of 2,292 plants as the UceLi Quartet performed 'Crisantemi' by Puccini. (Photo: Jordi Vital/Getty Images) 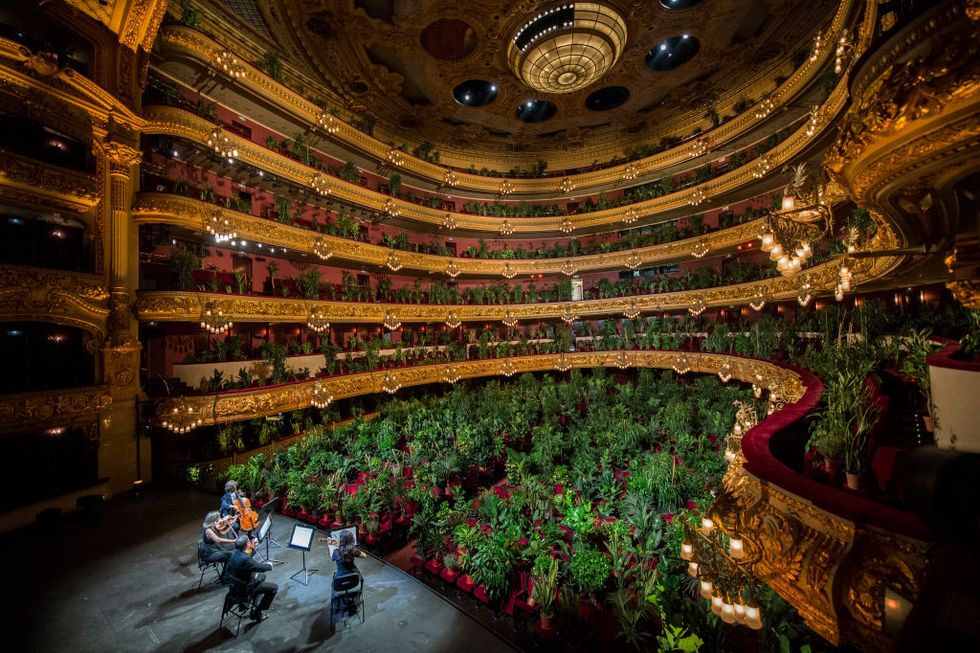 In Madrid, Teatro del Canal filled some seats with mannequins wearing masks and plants. These items are placed in seats that the spectators must not use to keep social distancing during the performance of ‘El amor brujo.’ (Photo: JULIAN ROJAS / EL PAÍS) 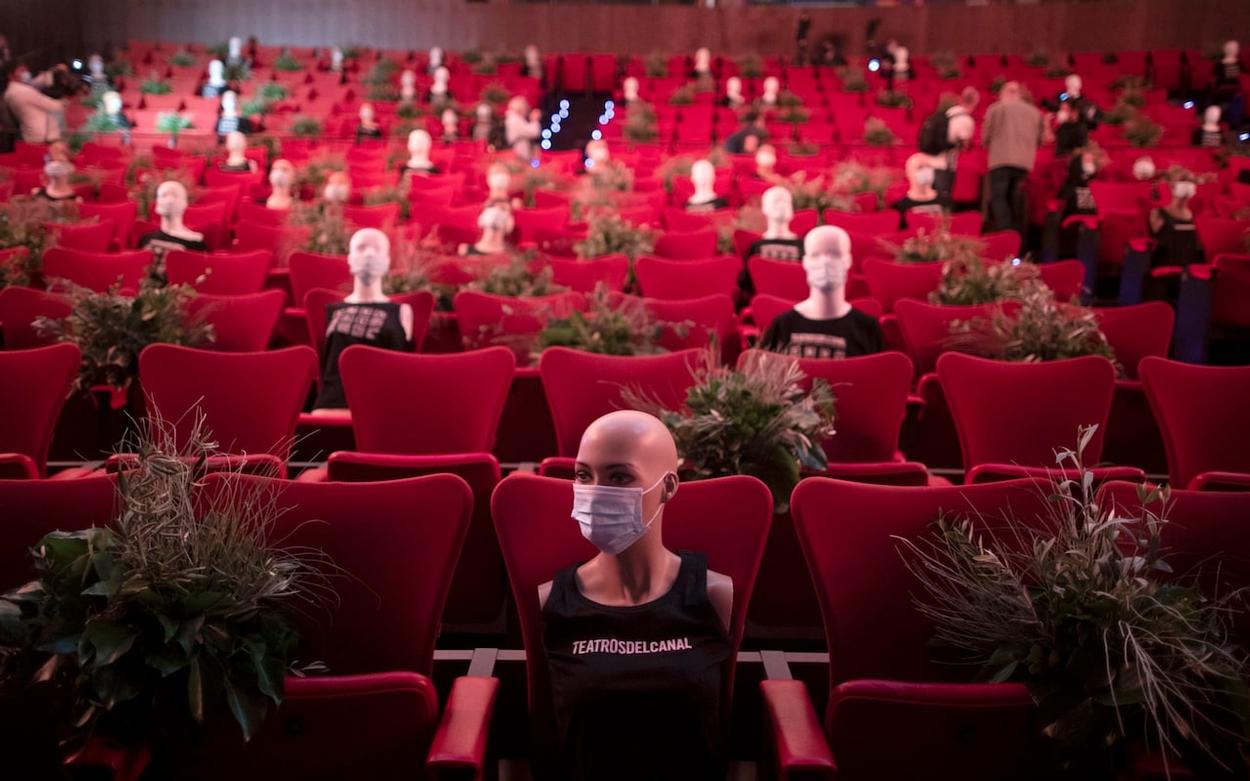 In Germany, cinemas, theatres and concert halls can all open but with 50 per cent occupancy and a chair’s space between each person not from the same household, with up to 80 people indoors and 200 people outdoors.

This has meant performing for smaller audiences and devising productions that require few actors and stagehands, to ensure a safe distance between the performance and spectators.

The berliner ensemble has released pictures of its stripped-down interior, where most chairs have been ripped out to ensure social distancing. The new layout sees 200 seats instead of the previous 700. (Photo: Fabrizio Bensch/Reuter) 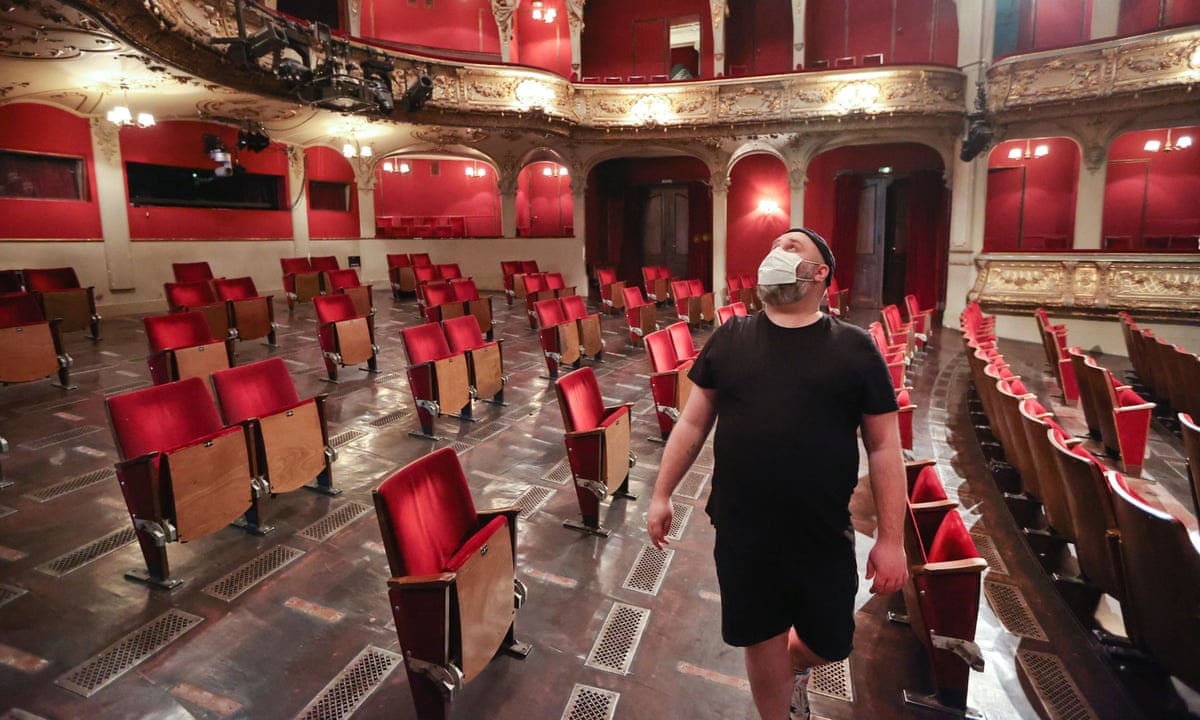 Italy’s entertainment industry is slowly reopening to the public after the latest lockdown easing allowing business to resume, with the conditions that indoor events have a maximum attendance of 200 spectators for individual rooms and 1,000 for outdoor places. 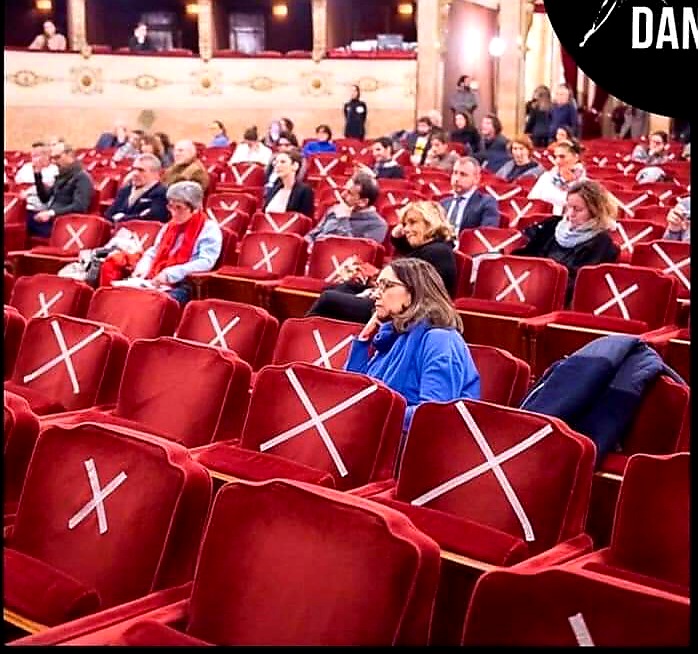 In the Netherlands, at 1 June, also bar, restaurants, cinemas and theatres were allowed to open again, although with capacity restrictions. The Royal Theater Carré, a Neo-Renaissance theatre in Amsterdam, has been filled beautiful benches, chairs and plants. (Photo: Nathan Reinds) 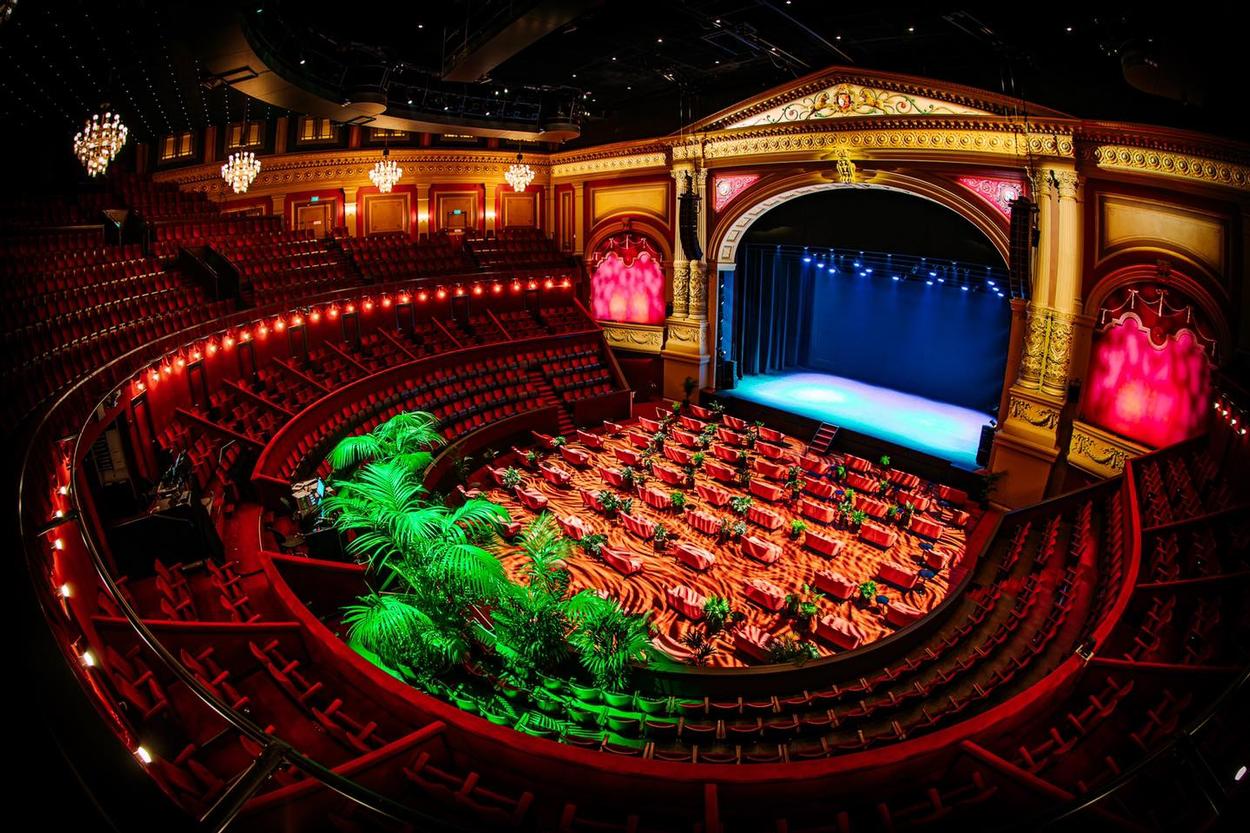 Czech Republic has also lifted restrictions and customers are required to adhere to social distancing measures and to wear face masks.

In Japan, the National Theatre is reopening this week, with temperature checks and compulsory mask-wearing. In Japan, theatres can be open with the government’s target of limiting an audience size to 50% or less of an indoor venue’s capacity.

In South Korea, The Phantom Of The Opera has continued its performances with one interruption. The South Korean model sees audiences attending with face masks and applying hand sanitiser – while backstage, thermal image cameras check cast and crew temperatures at stage door, and a high level of hygiene is maintained in all areas. 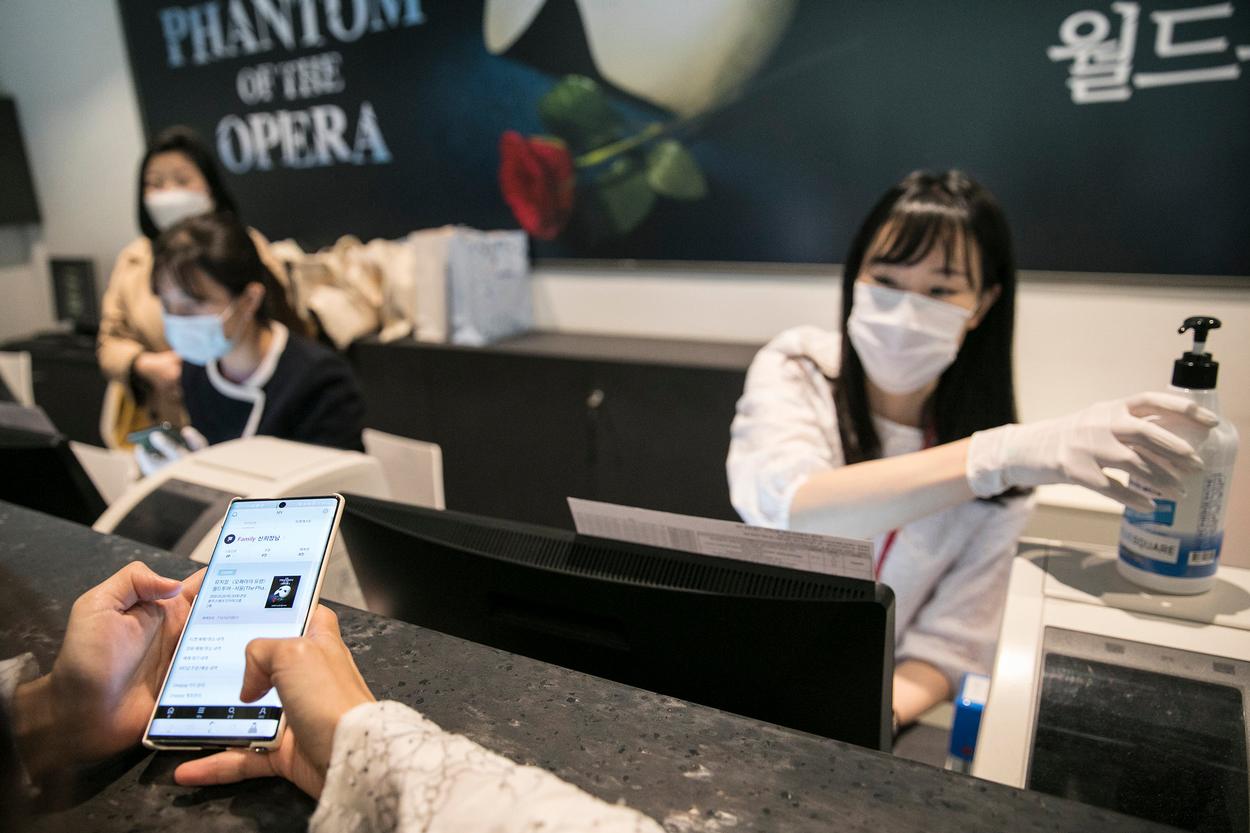 Would you go to see a show if theatres reopened? What would you think about concert versions of shows with a socially distant audience?