"They are bullying him" 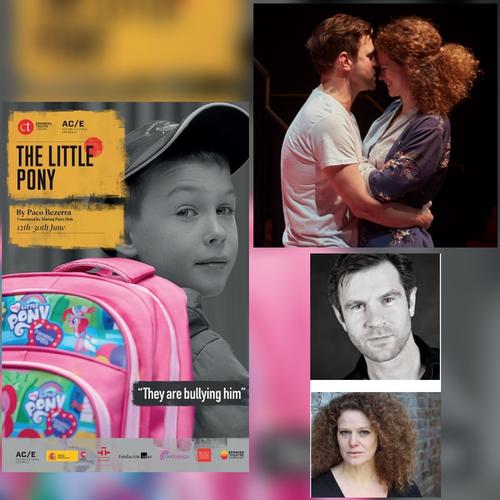 Inspired by the story of an American nine year old boy who in 2014 tried to kill himself because he was bullied for his backpack, this play tells us about a happy couple, Daniel (Paul Albertson) and Irene (Rachel Sanders) who live a nightmare when their son becomes the target of verbal and physical abuse at school because of his My Little Pony backpack, and, of course, his sexuality.

A passionate tour-de-force for the two brilliant actors in a play that addresses in a very sensible way bullying and sexual orientation.

Even if I felt that sometimes the events were amplified (the whole school bullying one child? A child not waking up for days without  doctors knowing why? The constant arguments between the two parents) this difficult subject was tackled with intelligence. The set (all pink) is really beautiful.

Cervantes theatre, that gave us already a real gem earlier – The Swallow – does not disappoint with this great play about important topics as education, society and freedom.