A wordy play about a tender friendship 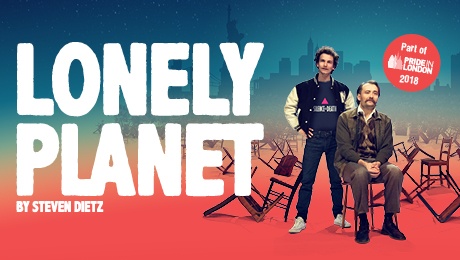 Lonely Planet is the story of a friendship between Jody (Alexander McMorran) and Carl (Aaron Vodovoz) during the epidemic of AIDS in America in the 80s.

Jody has a map store and is a quiet man, while Carl has no fixed job. They have been friends for years and now that the new virus is killing so many people, Carl brings a chair to Jody's shop for every friend who dies.

Lonely planet is a portrayal of a loving, mutually dependent and tender friendship with a first act acting.

The symbolism of the chairs, even if at the beginning worked, was carried too far to be believable and put a distance with the audience in terms of emotional involvement.

The dialogues cover the desolation, anxiety and loneliness of the two characters. It is a play of words. Many words. An incessant flow of words that waters down the poignancy of the final heart-warming part.

Overall it is a thought-provoking play about a painful time that we should not forget, and is part of the Pride in London 2018.