The End of History - Review - St Giles In The Fields Church

Two opposites lives come together in a church 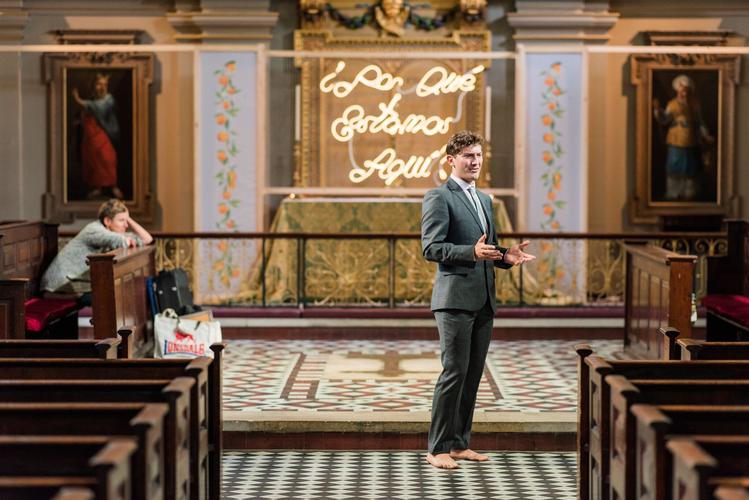 The end of history is the story of two very different people: Wendy (Sarah Malin), a charity worker who becomes homeless after a separation, and Paul (Chris Polick) a city worker who has in mind just his career and hooking up one guy after another.

The unusual venue is St Giles in the Fields, a suggestive old church in the middle of the centre of London. And this play is very much about London, its character, its opportunities, its difficulties, and, of course, the gentrification and modernisation.

London is not an easy city: Paul passes through people and the church but he does not pay attention to anything but himself, until something happens that will change his life forever and will connect with Wendy, even if only for a short time. But sometimes, a meeting with a new person can be revelatory.

The narration is done by monologues in third person and the two actors interact only at the very end of the play.

There are few songs in it, and I must admit the music is beautiful.

The physical use of the space (the church) is very effective and gives the audience the sense of the distance and disconnection between people in this city.

The end of history is an engaging and provoking play about each one of us and about our city. There are thousands of people in London, all very different. But, at the end of the day, we are all human. 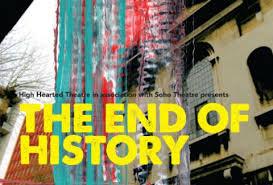