A new play written and performed by Alistair Hall, raising funds for London’s The Actors Centre, during its period of closure due to the Covid crisis 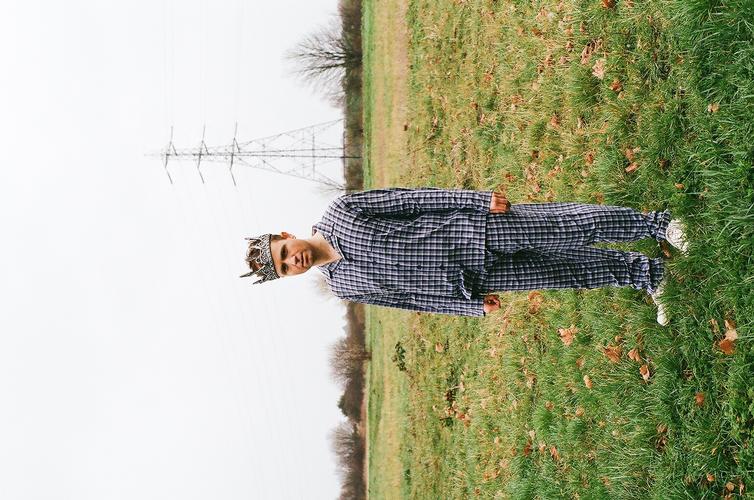 Jimbo is 12 and on the cusp of young adulthood. Both his body and his mind are confused about its identity and the world around him is not much help. His mother is absent, his father unresponsive and his best friend, Declan, has disappeared. Not that the audience learn this in any straightforward linear fashion. Rather, Jimbo’s immature mind leaps around from subject to subject and we leap with him piecing together bits of the puzzle among which are dispersed various grisly recountings of factual (possibly) and fictional (possibly) occurrences to do with vampirism, confused sexual identity,  suicide and an obsession with Edward II. The line between reality and imagination starts off blurred and never becomes any clearer.

While this may all echo the disordered mind of an almost adolescent, the chaotic structuring of the play does not make it easy to follow and, being a monologue, absolute concentration is required. What emerges is a disquieting tale of loneliness, abandonment and tragic consequences which, although the piece is not without humour, has stark resonances for the times in which we are living. If, indeed, that is what we are seeing. It could equally be the case that we are watching someone with psychiatric issues trying to come to terms with a disordered life; the parallels with Renfield, the asylum patient in Dracula spring to mind.

Alistair Hall’s delivery is cleverly done and as writer/performer he creates an unreliable narrator character whose tales are hard to believe as he mixes fantasy with fact. Dressed in pyjamas (which works equally well for the young boy or the institutionalised patient), hyperactive one moment, still and impassive the next our sympathies are evoked for this lonely person. In one telling passage we learn that Jimbo’s reflection has detached itself and is acting independently of its host – a striking metaphor for the position he is in and which also pays homage to the Gothic horror tradition.

The set is a bare black box littered with rubbish – bin bags, a pair of trainers (the missing Declan’s?), an abandoned microwave, etc. at which the static camera is pointed (as an aside the video and sound quality is pleasingly high). The whole is lit by institution-like strip lighting which gives a cold stark feel to the piece. Alexis Gregory’s direction starts off by carefully sectioning out the various aspects of the plotline but as matters move to a head the various elements begin to flow into one another; in the best traditions of the ghost story, there is a chilling conclusion.

As the publicity makes clear this a modern ghost story but I felt it needed greater clarity. I confess to watching the piece twice and it is really only on a second watch that the pieces fell into place. Fortunately, with this streamed version which only lasts for 25 minutes, this was possible. But if, as is mooted an actual run of the play is going to take place later this year then I think there is some work to be done to ensure that audience members do not leave scratching their collective heads.