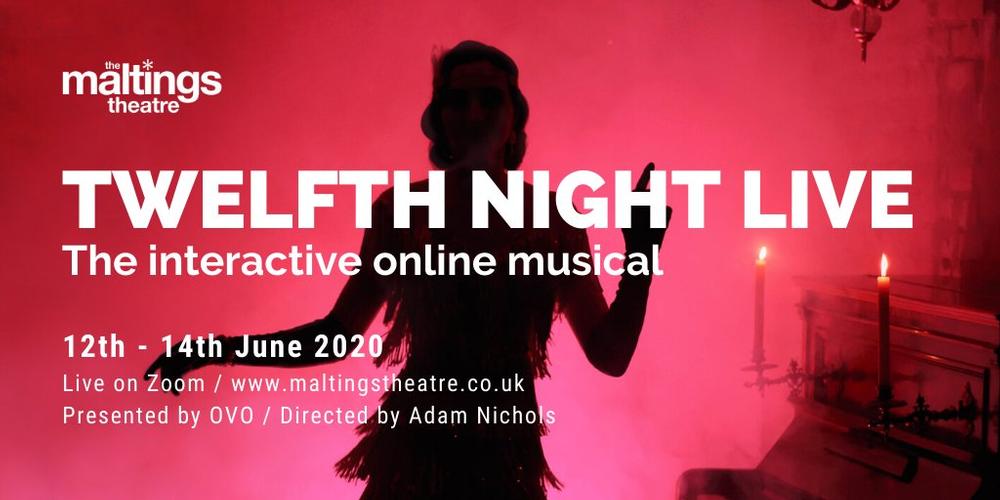 Last night I went to a press night from the comfort of my own bedroom… not a sentence I ever thought I’d write! I got to watch OVO’s, virtual, production of ‘Twelfth Night’. The abridged version of Shakespeare’s play, set on a cruise ship with a 1920’s twist, was delivered over Zoom. OVO had already staged this production before the UK lockdown but has found a way to bring a genuinely authentic theatrical performance to our homes during this crazy time.

The whole evening felt very surreal. The mood was set perfectly prior to the show where you were sent a set of instructions, in the style of a cruise ship liner brochure, in preparation for the night ahead. You were told what to bring aboard the SS Illyria including, something yellow, a scary mask, and some makeshift percussion - all of which would come in handy during the voyage. Collecting these items before turning on my laptop gave me a real sense of excitement.

From a technical perspective, I am really impressed with how smoothly the story was told virtually. The way the performance worked was by having the audience members turn their cameras and microphones off whilst the actors ‘entered’ scenes by turning their cameras on. Audience members were also invited at times to get in on the action by turning on their cameras and using the items which they brought aboard the ship with other passengers. When Zoom goes to its ‘grid view’ where you can see everyone on the call it was really special. You felt as though you were sat amongst an audience. Seeing the joy that live theatre was bringing to people’s faces after months away from it was actually very emotional.

Zoom’s facility of adding virtual backgrounds meant that, with the help of an at-home green screen, the actors could change their locations with the custom-designed backgrounds. The mechanics of knowing when to turn on one’s camera to determine where your image would sit onscreen was crucial because the backdrops were all sewn together. It looked as though the characters were all in the same room. Despite being in their own square, actors were able to ‘pass’ props through the screen to one another which added comedy and was achieved without any hitches. Huge kudos for pulling off a task which would’ve probably been laughable three months ago.

The beloved Shakespearean tale was enhanced by a pre-recorded band playing pop songs in a Postmodern Jukebox style, keeping in with the 1920’s vibe. The music was beautiful and I was dancing in my seat, sat at my desk. The acting for the piece is something I can imagine to have been difficult at times during rehearsals. Acting for the screen is very different from acting onstage which is likely to be what most of these actors were used to. They totally rose to the challenge and created believable characters who we were glad to have the company of. The Shakespearean text was very palatable and easy to keep up with. This, therefore, opened up the world of the Bard to those potentially less eager to explore the work normally out of fear of getting confused.

Overall this was an experience like no other. I feel very lucky to have been able to see this performance. OVO has struck gold with how to deliver an engaging, fun, and accessible piece of theatre during this time. This style of performance is something I can see working for the foreseeable future whilst theatres, sadly, remain closed. There really is nothing like live theatre, even if it is performed over Zoom!