Family drama and some skating in the revival of this musical 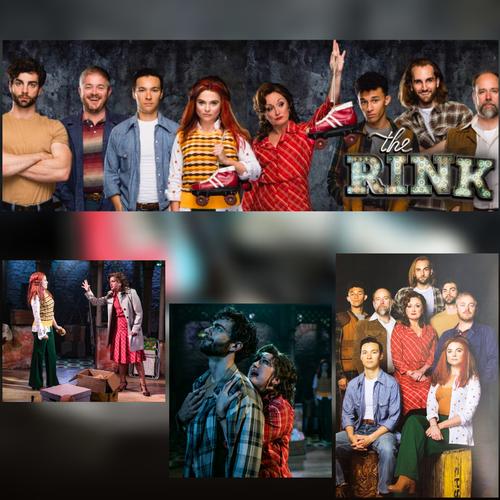 The Rink is a musical that opened in New York in 1984 and arrives in London for its first revival in 30 years.

Anna (Caroline O'Connor), has decided to sell to developers a roller skating rink on the boardwalk of a decaying seaside resort. Her daughter Angel (Gemma Sutton) returns to town after many years. Through a series of flashbacks, revelations and recriminations, the two deal with their past in the attempt to reconcile and move on with their lives. And maybe save the rink.

If The Rink was nominated for best score in 1984 there is a reason. And it's because the music is very good. And has a heart.

There are comedy and cabaret style songs, as well as emotional ballads. Caroline and Gemma give everything on that stage. The power and control of their voices are just perfect. True stars.

All the ensemble gives a great support to them. Stewart Clarke has a beautiful voice and presence and gives a very good characterization of Dino, Anna's reckless husband.

The skating number set the audience literally on fire and if this show is worth it, it is also because of Fabian Aloises's choreography.

The Rink is the best production seen at Southwark Playhouse in the last year, and possibly one of the best musicals at the moment in London. If I were you, I would grab a ticket before it skates away.

The Rink is at Southwark Playhouse until 23 June