What could you do to get a job? 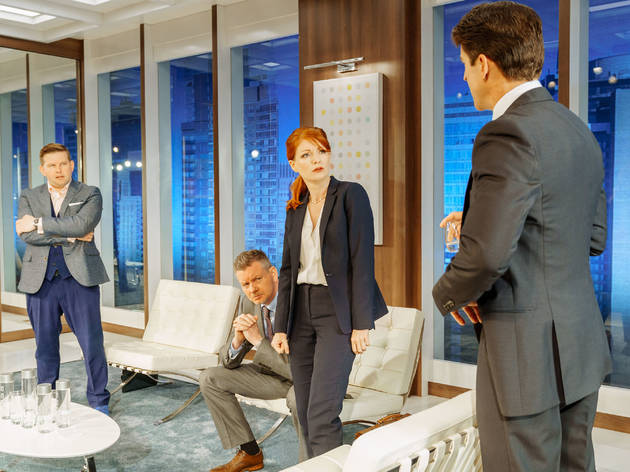 The Grönholm Method is a play that had the premiere in Spain in 2003 and has been translated in 20 languages and realized in more than 60 countries so far. Now, a new version has just opened in London, thanks to the Menier Chocolate Factory, that is having a stellar 2018 with Barnum before, Kiss of the Spider Woman after, and this one now.

Four candidates arrive at a New York office of a very important company to be interviewed for a top management job. What they don’t know is that they will be assessed together through an unconventional series of mind games. And that one of the candidates is not there to be interviewed.

It is a fast-paced, intriguing, psychological dark (and keeps going darker and darker) comedy full of twists and turns that keep the audience guessing on the edge of the seats until the very (hilarious) end. The 90 minutes with no interval mean that the story flows without interruptions and the time flies.

Jonathan Cake, Greg McHugh, Laura Pitt-Pulford and John Gordon Sinclair are experienced and well-known performers and their acting is flawless. The stage setting of the New York office is beautiful.

The Grönholm Method is a brilliant play from start to finish with a very sad – but true - message about human nature. Don’t miss it. 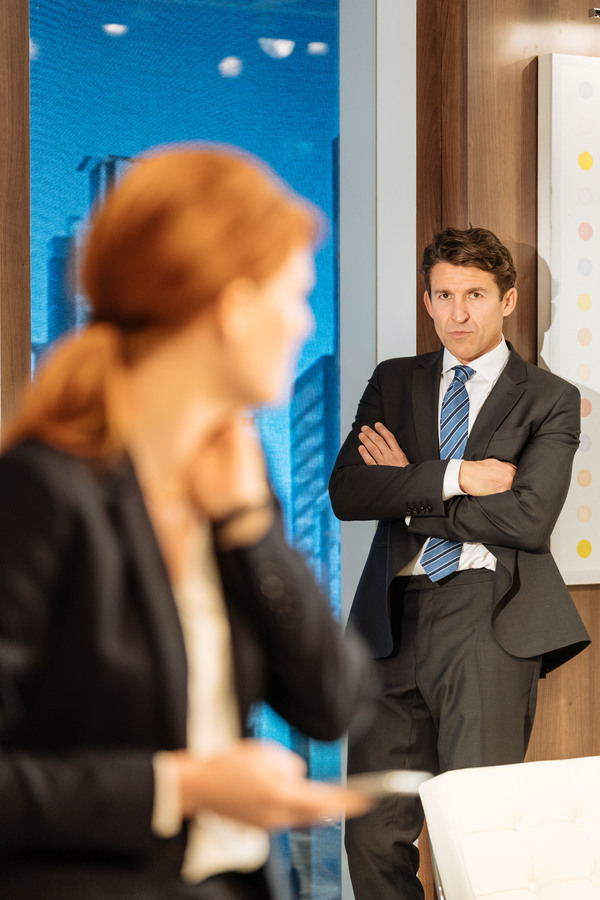