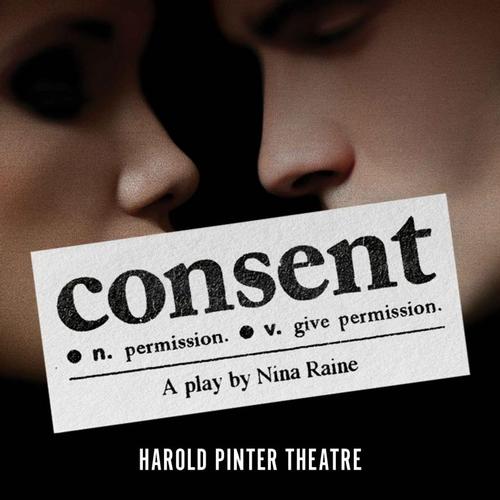 Consent is an intelligent play written by Nina Raine about barristers involved in a case of rape, and transfers to the West End following a sell-out run at the National Theatre.

Edward and Tim are barristers on opposing sides in a case of rape.

But the court drama slips in the background and the main story is about the personal lives of the wealthy lawyers: Edward and his wife Kitty just had their first child. Their friends Jake and Rachel (also barristers) are dealing with the fallout from his infidelity. They all try to set up Tim, who is single, with an actor, Zara.

So, what starts being a promising story about a sexually abused woman unable to defend herself ends up being a play about the infidelities of the characters and broken relationships. It is about battling against the neurosis in middle-aged high achievers but also about consent, truth, recrimination, guilt, innocence, legal system, moral judgment and forgiveness.

Dialogues are witty, with sharp humour, expertly and naturally delivered and it is interesting to see the characters and their development throughout the play.

It is a show that has too much to say and at the same time says too much.

The flow of words – even if cleverly written, tidy and perfect – can be a bit convoluted and intricate. It is more a play of words than a play of heart.

Consent runs at the Harold Pinter Theatre until 11 August