Did you say Royal Wedding? 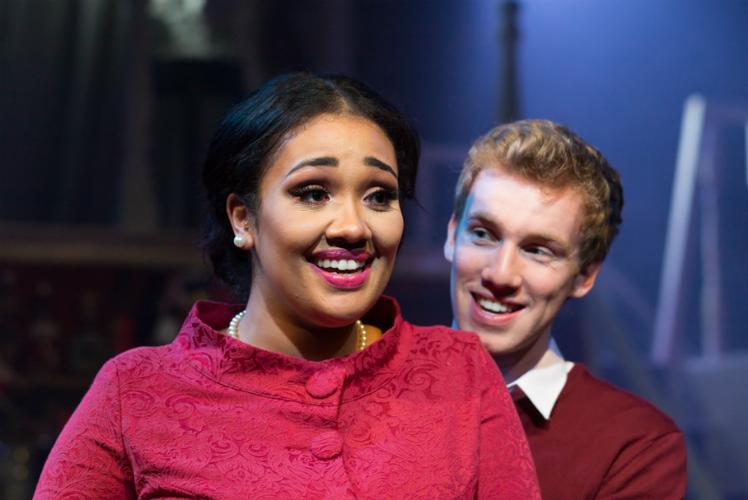 HR HAITCH is a comedy musical about the love story of Prince Albert (Christian James) who has never disclosed his identity for most of his life (but why?) and a girl from Barking, Chelsea (Tori-Allen Martin). When his identity is finally revealed to the world, his family reject his working class anti-monarchist girlfriend Chelsea  and a battle for the throne starts.

The set is nicely done and it is a London pub, with the piano man just behind the bar. There is a TV screen that displays news about the Royal Family and Chelsea’s selfies. She is the delight of this British musical. This girl can really act and sing and I am sure the future will be bright for her. Unfortunately the music material does not give her (or anybody else in the cast) the possibility to shine.

The songs are forgettable and the story predictable. Some jokes are funny, but most of them lame and it felt to me more like a panto than a musical.

If you are a fan of Royal Weddings, did not have enough about Megan and Henry and you love silly jokes, you might enjoy this musical.