Music has never been so wordy.. 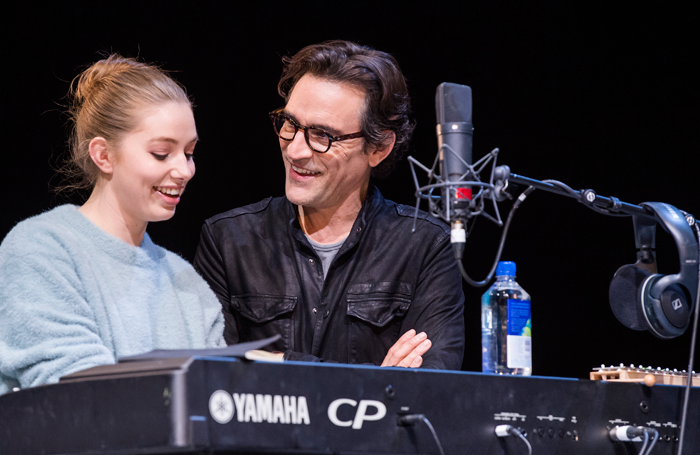 Bernard (Ben Chaplin) is a egocentric, unpleasant, cynical and misogynist music producer who battles against Cat (Seána Kerslake), an Irish singer and songwriter over a ownership of songs, after the first successful record they made together.

Even if I appreciate the idea of the play – original and unusual – it is a very specific topic and sometimes specific topics can get boring. And this one does. The events (not that much happens, anyway, and the plot is undeveloped) are told by the characters, so there is no action, therefore it is a quite static and wordy show. And the conversations go round in circles.

On stage, there are also two lawyers and two psychotherapists (one for Ben, one for Cat).  Also, the dialogues – clever and sometimes funny - overlap and it can be difficult to follow the story line at times.

Ben Chaplin is a pleasure to watch in his dark  sarcasm, but the character of Seana Kerslake never comes alive.

Mood music is a verbose play, that , despite some humour and a talented cast, never raises itself from being flat. And, most of all, without music.