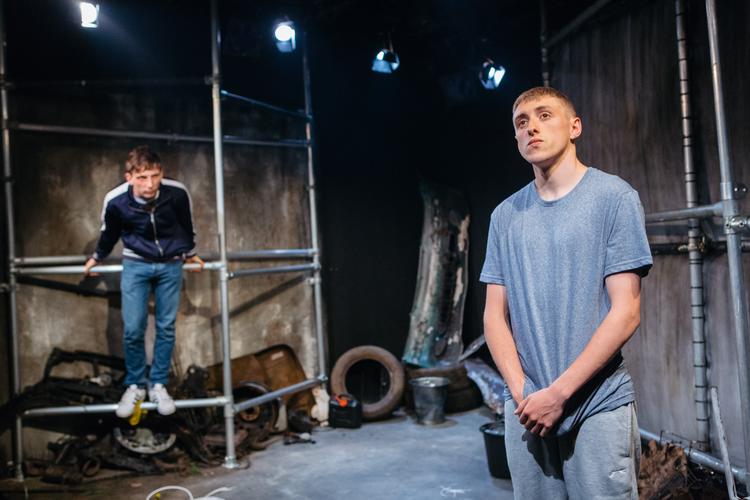 Isaac Came Home From The Mountain is a drama set in the rural England where Bobby (Charles Furness)  does not have a job neither is going to school. His relationship with his father John (Guy Porritt) is also very poor. One day, Mike (Ian Burfield) offers him a job, so he starts working with him and his son, Chris (Kenny Fullwood). Bobby wants to prove his loyalty to Mike at all costs. But this will leave him with nothing.

The stage is small so the acting is just there, and you can feel part of the action. This is something I really enjoy about fringe theatre. Unfortunately, there is just little action, and most of the play is made by tense dialogues and by the characters shouting at each other. I sincerely struggled to understand why all the four men were so angry in general, and also angry to each other, as the background of the two families is not explained. This means that it was impossible for me to get the sense of what was going on and where the story was going, but most of all why.

A big bravo to all the 4 actors, all of them very convincing in expressing their anger.