A musical about cannibalism? Really? 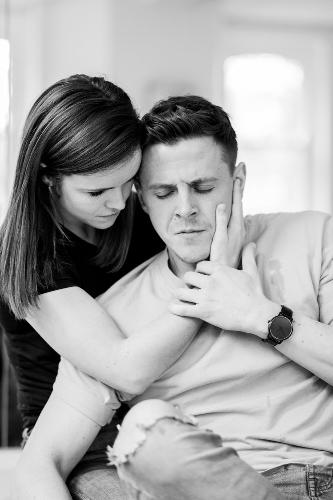 In 2001, a man called Armin Meiwes killed and ate a voluntary victim found on the Internet, Armando Brandes. Meiwes cut Brandes'  penis and after they both tried to eat it, he killed Brandes and ate large amount of his flesh.

Meiwes is now imprisoned for life.

If this story seems crazy to you, and the idea of making a musical about even more, you are absolutely right.

Few years ago, I was a big fan of a TV show called Hannibal. Well, for one night I felt like being in the set of Hannibal. So, well done to Harriet Taylor, Scott Howland, Aurora Richardson and Laura Dorn for having the courage to bring on a stage such an horrible story and making a musical of it.

It is a show not easy to watch, and I felt uncomfortable throughout the 50 minutes and I think everybody in the audience was. But I guess this was the intention of the musical. And, talking about music, the 4 songs are really beautiful.

The script is clever, and involves many things like internet dating, desire, power, consent. All these would need further exploration and the length of the show does not makes justice to the importance of the subject. Also, I had the feeling that Meiwes would have been better represented by a man, because this is who he was, rather than an actress (even if Harriett was great).

Meiwes/Brandes is a strange, dark, tense, captivating and unsettling show that – even if it looks more like a work in progress – it is well worth seeing.