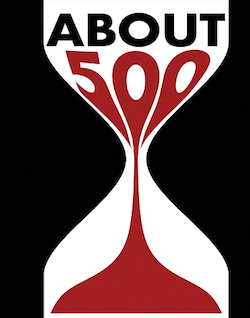 If men were the people expected to plan their lives around having children with any expediency, there would be no gender wage gap. Women, and the industries they are most prominent in, exist under the constant yoke of a presumption that they will, and must, eventually have children, which invariably sees their wages and promotional opportunities docked by the overwhelmingly male bosses who subject women to this quite extraordinary display of rank passive-aggression as they edge closer to the age of 40, so as to demand that they go home and bring up babies whether they want to or not. Meanwhile, men, and men’s workplaces, comparatively seem to be liberally lavished with raises, promotions, and overtime regardless of older age, as an incentive to help bring home the bacon for the baby, whether he has one or not. After all, a man has his entire life to get around to starting a family eventually.

Many such painful, infuriating thoughts of this ingrained injustice are provoked from the audience by the genuine recordings from women in director Simona Hughes’ latest drama; one of which in particular asks how society as we know it might broadly change in a world in which men, like all women, had a concrete biological need to perhaps too hastily grow up and get on with the job before there was no time left.

About 500, so named for the rough estimate of viable ovum allocated across a woman’s young life from menarche to menopause, tracks the trials and tribulations of couple Clem (Stephanie Fuller) and Luke (Dickon Farmer) as they try and try again for a much-wanted baby, seemingly to no avail, as the desperate Clem’s so-called biological clock ticks further and further down to nothing.

Originally meant to premiere at the VAULTS Festival in March, this rather different breed of ticking-clock thriller has retreated to ZOOM, in the form of a sort of audio play, a rehearsed reading twinned with some ingenious video editing and narration which manages salvage much of the effect of a proper staged viewing. Director Hughes narrates the would-be stage action well from a polished, dynamic script full of authenticity and strong characterisation, ably assisted in no small part by her principle players. Both Fuller and Farmer are excellent as the couple, managing an impressive emotional range full of expression, and carrying off plenty of genuinely moving dramatic moments. Joanna Nevin is also superb in her double act as the couple’s close friends Ruth and Emily, with fine chemistry on display between all three actors.

The accompanying real-life recordings from women who have struggled with their fertility adds a sobering reality and urgency to it all, and the remainder of the script does an outstanding job of charting all the hurly-burly of trying for a baby, never shying away from the ugly side that oft emerges when the trying gets too hard – from bitter jealousies of pregnant friends and mothers to all manner of nasty arguments between the couple, both of whom are racked with their own distresses about life and death, to the simple fact that infertility is yet another thing cruelly added to the pile of the myriad things women are made to feel ashamed and inadequate for in their lives. Indeed, there is also a bravely confronted question of whether any of the struggles are worth the mental and physical toll at all, wonderfully performed by the principal cast, and impressively put together, particularly under such trying circumstances.

Doubtless, this dynamic, authentic, vitally important, and beautifully realised work will soon return to the VAULTS Festival to find a far bigger audience, and to have the successful performance run which it so richly deserves.