Whose Side Are You On 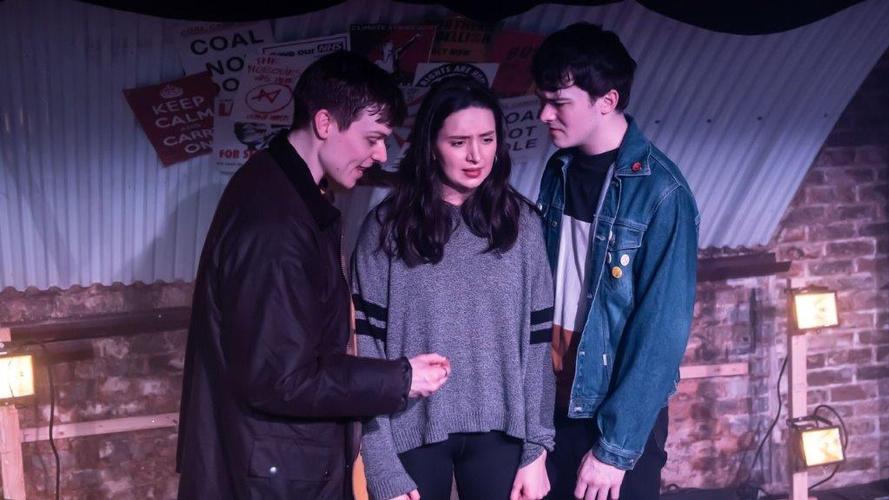 Following on from an impressive debut showing with Testament at the Hope Theatre, the Chalk Line Theatre company returns, this time to the VAULTS Festival, with a second offering from writer Amy Guyler in the form of The Nobodies.

Where previous outing Testament dived into the murky depths of male mental health and masculinities, Chalk Line remains keenly socio-political here, telling a new, but no less grimly relevant tale of existential horror through Guyler’s writing, which crackles throughout with all the pacey drama and darkly comic humour, as well as the witticism and insightfulness that has hallmarked Chalk Line’s offerings thus far.

The talented trio of Lucy Simpson, David Angland, and Joseph Reed each thoroughly convince in their parts as radical young socialists Rhea, Aaron, and Curtis respectively, as their group of would-be activists are driven to bribe and blackmail politicians to get their notion of social justice. Before any of them know it, some ill-advised improvisation in a fix starts a radical peoples’ movement which inevitably spirals out of all control, and all manner of ethical horrors ensue in a story which no doubt owes a considerable debt to the stylings of Fight Club and its ilk.

Fortunately, Guyler and the cast manage to bring plenty of distinctly theatrical style, substance, and uniqueness to what might have felt too derivative in less capable hands, and there is much more besides to love about this original production, which pointedly asks searching, discomforting questions about the true moral righteousness of radicals.

Alongside Guyler’s fine writing, and the cast’s great performances, the intimate surroundings of the VAULT stage’s tiny space are put to some very creative and inventive uses by set designer Becca White, whose great sense of place in (quite literally) assembling a scene is ably assisted by atmospheric lighting from Alan Walden, and Mekel Edwards’ evocative sound design. All the while, Vikesh Godhwani and Sam Edmunds’ joint direction makes for a tightly-focused, pacey and very enjoyable evening of drama which certainly proves memorable for its audience. It seems destined for a life well-lived when it transfers to the Edinburgh Festival in the indeterminate future, when (in the words of Beckett) Happy Days will come again.