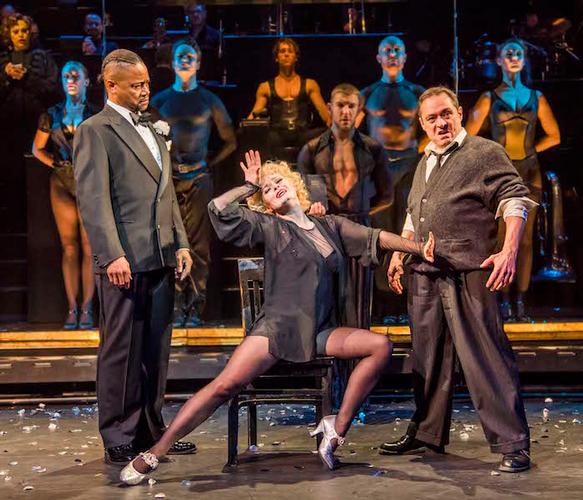 Roxie Hart (Sarah Soetaert) has always wanted to be a star but can't quite seem to catch a break. Things seem poised to change when she is arrested for the murder of her lover. Roxie decided to become the media's new darling and begins vying for the spotlight, and the attention of their lawyer Billy Flynn (Cuba Gooding Jr.), with her idol, nightclub performer and accused double-murderess Velma Kelly (Josefina Gabrielle).

Chicago is the world's longest-running American musical, and won many awards. It is a brilliant mix of foot-tapping cabaret-style songs, sassy (very sassy) choreography and it definitely entertains you from the beginning to the end.

Cuba has a raspy voice and I can understand why somebody was disappointed with his vocals. I thought his charisma overcame his vocal limitations and his character was very funny. Great job for Sarah, Josefina and Paul Rider, who plays Roxie's "anonymous" husband. The dancers and the orchestra were spot on and for me were the real "winners" of this production.

One minor point about the first act is that it is not easy to follow (I haven't seen the musical before) and it is a bit chaotic sometimes, but overall it is a very enjoyable show, with terrific music and a great atmosphere.