Free speech seen through the prism of race and class 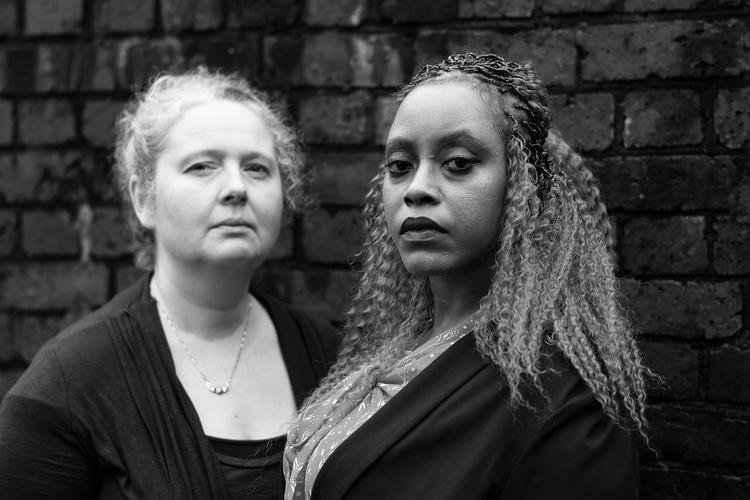 A show that sparks a lengthy and varied debate between two friends – one brown and one white – about race, racism and social class after watching a 60-minute play on those themes, in my opinion, has absolutely nailed it.

And Dameon Garnett did just that with his explosive ‘Sticks and Stones’ at the Tristan Bates Theatre.

It’s so brilliantly written that even I was fooled into thinking it was penned by someone ethnic. Nope, not this play. This is the daring work of a white man.

His writing is so on-point, thought-provoking, passionate on so many different levels, and just downright real. It tells the struggles most ethnic people face and in all the twists and turns it’s extraordinary that he even embarked on this mission let alone pulling off a blinder of a show.

There are two characters – Afua (Eva Fontaine) who is a black senior manager in a secondary school and her friend Tina (Catherine Harvey) who works in the canteen there.

It opens with general chit chat which gives you a quick insight into their ‘friendly’ relationship. They both talk about going for a promotion in their respective departments and immediately there’s a part of you that thinks you know what will unfold, the white friend will get her promotion and the black one will not.

Nope, wrong again. What unravels is crime by social media.

You see, Tina has been posting racist content online, liking other people’s comments and even sharing their posts too. She doesn’t think there’s a problem with it, because apparently she doesn’t really believe it, I mean why would she, she has a black friend after all, so she definitely can’t be racist. That’s her argument anyway, but the dialogue opens up severe cracks in their relationship as it’s Afua’s task to investigate whether Tina has brought the school into disrepute and if her online behaviour constitutes as hate speech.

This play interweaves both women’s struggles - one with race and the other with social class - and how they present their arguments on stage is what makes this show so so special.

It’s so engaging, it draws you in and boy does it pack a punch. It’s only an hour-long, but you’re left wanting more.

‘Sticks and Stones’ is on until March 21.